SOTOGRANDE, Spain (AP) — Tournament host Sergio Garcia shot a 5-under 66 to grab a share of the lead at the Andalucia Valderrama Masters in the European Tour on Thursday.

The Spaniard had seven birdies and two bogeys at Real Club Valderrama to finish the opening day level with Joost Luiten of the Netherlands.

The 37-year-old Garcia is competing in his native Spain for the first time since winning his first major at the Masters in April. 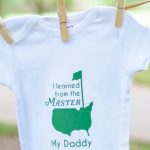 “I’m very happy with my round,” Garcia said. “I hit my irons very well … and I made some nice putts here and there.”

Andrew Johnston, who won at Valderrama last year when it hosted the Spanish Open, shared sixth place after a 2-under 69.

Spain’s Jon Rahm got off to a disappointing start with a 3-over 74.