Sergio Garcia Reflects on His Highest Highs, Most Heartbreaking Low 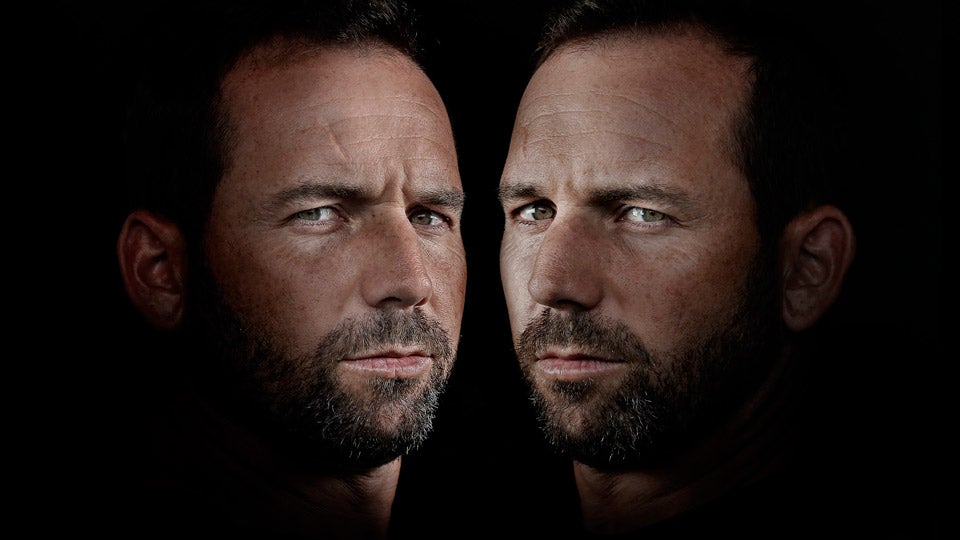 This isn’t Sergio Garcia’s first interview. He’s been around. He globe-trots to 10 or so countries a year to compete, so reaching GOLF’s makeshift studio at Reynolds Plantation in Georgia’s lake country, east of Atlanta, is hardly a long haul for the Spanish star. El Niño’s aura remains, but in person, something is different. Gray hairs dot a once-youthful beard. A casual calm emanates as he smiles and poses for photos. Hey, Zen happens when life showers you with fame and fortune ($40 million in earnings, 28 worldwide wins) while breaking your heart (zero majors). And then it hits you: Sergio Garcia is no longer the boy who ran and jumped his way down the 16th fairway at Medinah. At 35, he’s a man, accepting of what he’s achieved and what he hasn’t — yet determined to make good on the promise of his youth.

You’re embarking on your 16th season on the PGA Tour. How would you rate the first 15?

I think of my career as being at its midpoint, and I feel really happy about it. I’ve won enough to be happy. Sure, I could’ve won more, but I could’ve lost more, too. I take a lot of pride in my consistency — I think I’ve been ranked in the top 20 in the world 13 or 14 out of 15 years, and that’s not easy to do. I know some people are always going to say, “Oh, Sergio? He underachieved,” but those people don’t realize how difficult it is to be out here, how tough the competition is, and how many players try to pass you by every year. I’m not disappointed, but that doesn’t mean that I’m satisfied — or that I’m done.

What’s the main difference between Sergio today and the 19-year-old who charmed the golf world at the 1999 PGA Championship?

There’s gray hairs and a bit more weight [laughs], but now it’s mainly that I’m more experienced. I still love playing and competing, just as I did as a kid. The big difference is that as you get older, you end up doing more for other people, because you have the means to do it. There’s good and bad in [getting older], but I feel fortunate about where I am. If you could go back in time, what advice would you give to the younger you?

I’d stress to him that he’ll do better as he gets older, and to savor the good times. But I wouldn’t tell him too much, because it’s great when you first come out on Tour and don’t have a clue about what to expect. You’re innocent. You’re free. You’ll never have that feeling again.

What motivates you to keep going?

I play for myself. I play for the people who care about me. I play for my family, my friends, and for everybody that cheers me on. And, obviously, I play for my sponsors. But mainly I play because I love the game. Golf is always testing you. It helps you grow as a player and as a person. Those are the things that drive me.

How long can you do it?

I know my body, I know myself. I’ve been a professional for 16 years, but I’m not 25 anymore. I still love traveling and playing on both Tours, but it takes a toll on your body. You have to pick your spots. If my body asks me to take time off, I take time off. There’s a plan.

Give us your greatest golf moment so far.

Competing in the Ryder Cups has been huge. On the individual side, I’d say the 2008 season. I won the Players Championship along with two events on the European Tour, had a real good shot at the PGA Championship and reached No. 2 in the rankings. And I’ll always remember the times when the crowd was cheering me on. Those special moments stick with me.

How big of a factor is fan support?

Some guys need it more than others. I’ve always interacted a lot with the crowd. I’ve always felt connected to them. I won’t lie — I feel better when I have people cheering for me. When that doesn’t happen, it doesn’t mean I’m not going to do my best. But it’s nicer when you feel the energy and the support.

Your Ryder Cup record is 18-9-5, and you’ve played on five winning teams. Is this your legacy so far?

Definitely. I can’t take all the credit, because I’ve been fortunate to be paired with some amazing players. Sure, I’ve brought a little bit into each partnership, but to be able to have that record, it’s not just me hitting good shots. I need help from my partners and from my captains and from everyone who makes the European Ryder Cup team work.

Who’s had the biggest impact on your career?

My dad [Victor]. He taught me how to play. More importantly, he taught me to respect golf and to never think of yourself as bigger than the game, because you’re not. Both of my parents made a point to teach me to be a good person, care for other people, and be thankful for the things you have and the things you achieve. If you do these things, then karma’s on your side.

You were a big Seve Ballesteros fan, too, weren’t you?

I still am. I was fortunate to play a lot of rounds with Seve. He had such great charisma and personality. My father introduced me to him at the 1995 British Open at St. Andrews. I was 15 years old and in awe. At the 1996 Open, my first major, I played a few practice rounds with him. To witness firsthand the way he walked around the course, the way that people looked at him, the energy — you could feel it around him. He had an aura. His passing still makes me sad. I miss him very much. He brought so much not only to the game, but to Spain. Basically, he’s a hero.

You’re one of the greatest ballstrikers ever. Come clean — what’s your secret?

Well, If I told you, I’d have to kill you. [Laughs] It’s about feel for me. I don’t have the most perfect swing in the world, but I can repeat it, which gives me an edge. It doesn’t click all the time, obviously, but I feel that even when I’m hitting it bad, it’s maybe not all that bad. When you’re a good ballstriker, your so-so rounds leave a bad taste in your mouth, but it’s not as bad as other players’s bad ballstriking rounds.

Jordan Spieth just wrapped up one of the great Tour seasons in history. Is there any part of you that thinks, “Hey, that should’ve been me?”

No. Jordan had an amazing season. I’m happy for him. He’s not only a great player but a wonderful guy. The thing is, I enjoy seeing good people at the top of their game. He deserves to be there, and I just hope that what he’s done will motivate me to work even harder. And it’s not just Jordan — I’ve got to keep pace with Rory, Jason, Dustin and Rickie. I’m older, but I want to show these guys I’m still here.

How important is winning a major at this point? Is it perhaps too important?

Winning majors is important. As a golfer, that’s a huge goal. I’m not going to lie about that. But is it the main thing? No. If I end my career without winning a major, would I be unhappy? Probably not. Would I be happier if I end my career winning at least one major? Probably, yes. But I already feel very fortunate with the way I’ve been going and the things I’ve accomplished. I’m sure 90 percent of the guys out here would love to have my career, even without a major. So I can’t be disappointed with that.

How do you practice? Any tips from a future Hall of Famer?

I feel like the best practice comes out on the course, when you’re hitting real shots. It’s easy to hit the ball on the range — you don’t really care, there are no hazards, and you’re repeating the same swing from the same lie. Get on the course and play as much as possible. Instead of emptying a bucket, schedule a friendly match, even if it’s for six holes.

You mentioned what an important influence your father has been in your life. Do you see yourself as a dad one day, passing on knowledge to your children?

Yes. I’ve always enjoyed kids and I love playing with my nephew and my friends’ children. I really enjoy spending time with them. I know that being a father isn’t easy. It’s a hard job but a rewarding one. I see it as fulfilling. But you have to find the right woman, as well as the right time to do it. I’m not going to force anything just because I love kids. I want to do it at the right time with the right person. I really hope it happens.

One last question about majors. If you never do break through, do you think people will say you didn’t truly succeed?

I can’t speak for what people think. I can only speak for what I feel, and I do care about winning a major. If I didn’t, I wouldn’t even play. But there are a lot of other great things I can achieve without winning a major. That doesn’t mean that I’m giving up on it. It’s just a matter of giving myself chances and being ready when the time comes. I feel I’ll get that chance because I’ve been there many times. I’ve been close to winning several majors. One of these times, the coin will come up heads, and it’ll be my time.

Yes, I certainly hope that the best is yet to come. I try not to dwell on the past. That takes a massive mental toll. So I’m always trying to move forward. In my mind, I have many more great years to come.