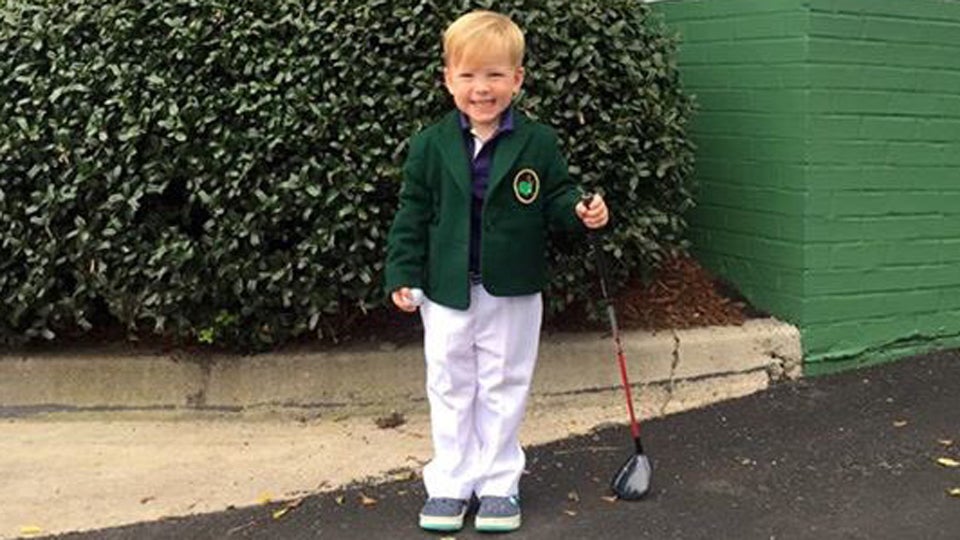 Halloween is on Saturday and everyone’s really excited to dress like other people, but there’s probably no one more stoked than this little guy — who is going as Jordan Spieth.

He’s got it down pretty well. White pants, collared shirt, golf club and, of course, a pint-sized Masters green jacket. Sitting outside of the Augusta National clubhouse pretty much seals the deal. Now if he could only just say “we” instead of “I” and do no wrong on the course or with the media, he would be a perfect mirror image of the two-time major champion.

Here’s to a night of sugar and staying up past bedtime.

He’s the son of a friend, and for Halloween, he’s Jordan Spieth pic.twitter.com/zihaPKP2JF

The mother of the mini-Spieth posted a comment on the story. We pasted it, along with the video she made below.

“This is my son! He was just a month shy of his 2nd birthday when Jordan took home the green jacket. He has been one of Jordan’s biggest fans ever since. He carries a golf club and ball just about everywhere he goes. His teachers are even very familiar with him bringing his club to school just like his classmates bring their lovies or pacis! I couldn’t have picked a better role model for him myself so I am very proud. And for a 2 year-old, he has a pretty mean swing too!”

We definitely agree. Check it out.