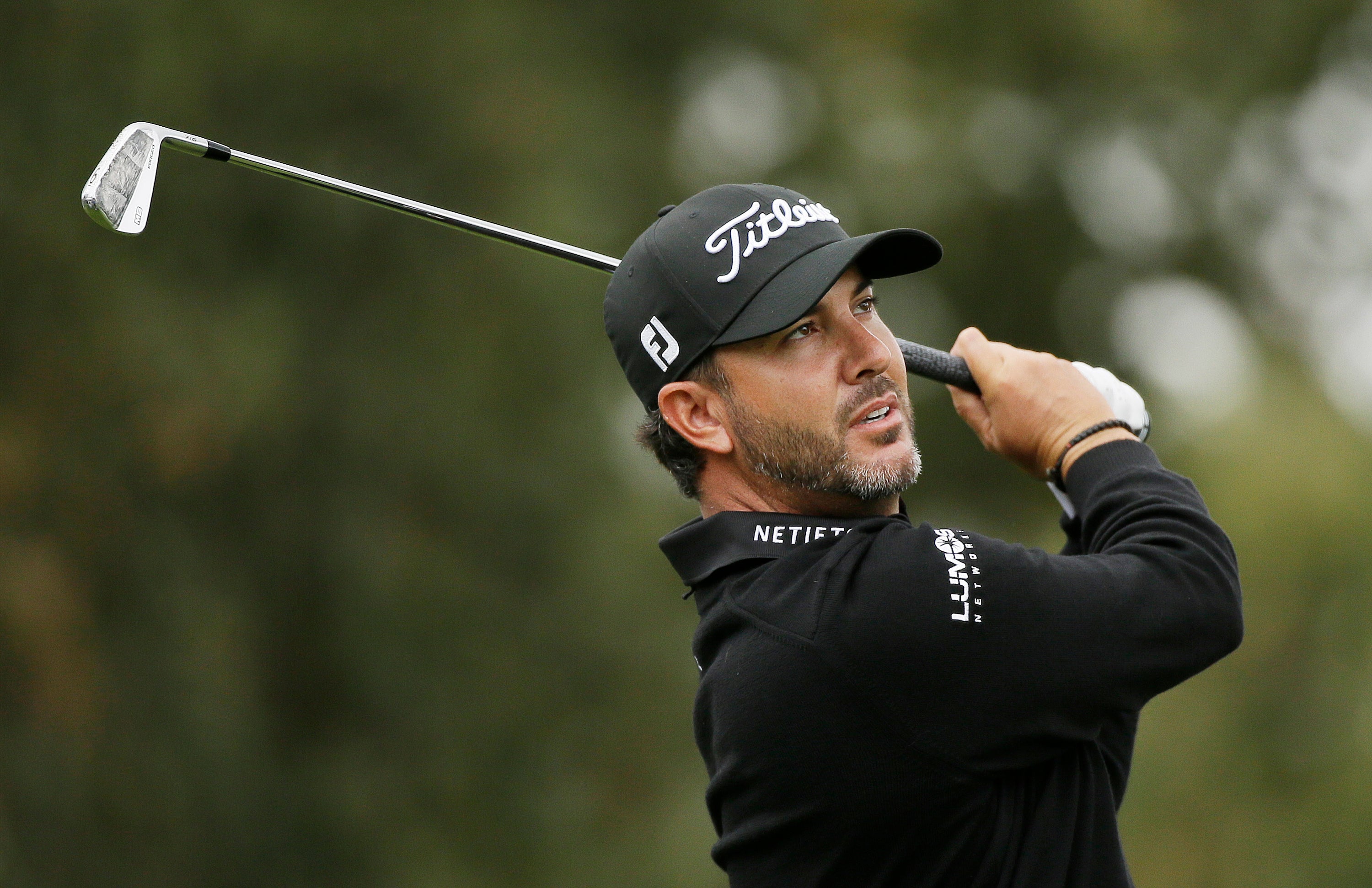 Scott Piercy follows his shot from the second tee of the Silverado Resort North Course during the second round of the Safeway Open PGA golf tournament Friday, Oct. 14, 2016, in Napa, Calif. (AP Photo/Eric
AP Photo/Eric Risberg

NAPA, Calif. (AP) Scott Piercy birdied one of his six holes left in the second round Saturday morning to complete a 5-under 67 and build a three-shot lead in the rain-delayed Safeway Open.

More rain was forecast as the first PGA Tour event of the new season tried to get on schedule.

Piercy set a target of making three birdies because of final stretch of holes that allow for scoring, a pair of par 5s and a wedge to the par-4 17th. He only managed a birdie on the 17th, though he had no complaints.

The best finish belonged to JT Poston, making his PGA Tour debut. He holed an 8-foot birdie putt on the par-5 ninth, his final hole, that gave him a 69 and moved the cut line to 3-under 141. That knocked out 16 players, leaving 70 players making the cut instead of 86 players. That should at least give the third round a chance of finishing Saturday evening.

An honest spectator helped save Casey a shot at the end of his round.

He went for the green in two on the par-5 18th and sent it sailing well to the right, through an oak tree. Casey couldn’t find the ball. But with about 30 seconds left in the allotted five-minute search, a spectator found it.

It had been in the hazard. Casey took a penalty stroke, then got free relief from the grandstands and pitched up to 2 feet to save par.

Troy Merritt, coming off a trip to Scotland for the Dunhill Links Championship, had a 67 and was four shots behind.

Phil Mickelson, in his first domestic fall event in a decade, began the third round nine shots behind.

Piercy opened with a 62 and has been in the lead the whole way. He shot his course record Thursday by making putts from everywhere, and then has relied mostly on his full swing. Piercy had four other birdie chances inside 12 feet in the second round.

”I’ve been striking the ball pretty well for a few months now,” Piercy said. ”If the putter can kind of tag along and so some of what the ball striking is doing, I think we’re in good shape.”

Casey is down to his final three tournaments to cap a strong year lacking only a victory. He leaves for Malaysia on Sunday night, then goes to China before packing it in for the year.

He ended last season with runner-up finishes to Rory McIlroy and Dustin Johnson, and fourth place in the Tour Championship.

”I just want to give myself a chance come Sunday,” Casey said.

Poston was among 13 rookies who made the cut. That group was led by Americans Cody Gribble and Trey Mullinax, who were at 8 under going into the final two rounds.