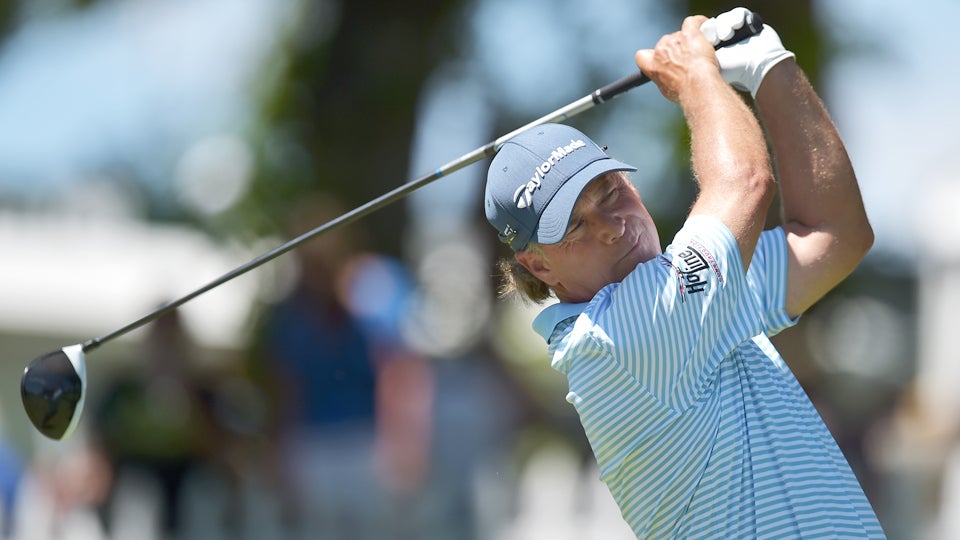 Scott McCarron hits his tee shot on the 10th hole during the final round of the Principal Charity Classic at the Wakonda Club on June 5, 2016, in Des Moines, Iowa.
Getty Images

DES MOINES, Iowa (AP) — Scott McCarron won the Principal Charity Classic on Sunday for his first PGA Tour Champions title, birdieing the final three holes for a 7-under 65 and a one-stroke victory.

The 50-year-old McCarron finished at 15-under 201 at Wakonda Club to edge Miguel Angel Jimenez and Billy Andrade. Making his 17th start on the 50-and-over tour, McCarron won for the first time since taking the 2001 Bellsouth Classic for the last of his three PGA Tour titles.

Andrade had a 68 after shooting a course-record 63 on Saturday. Jimenez shot a 67.