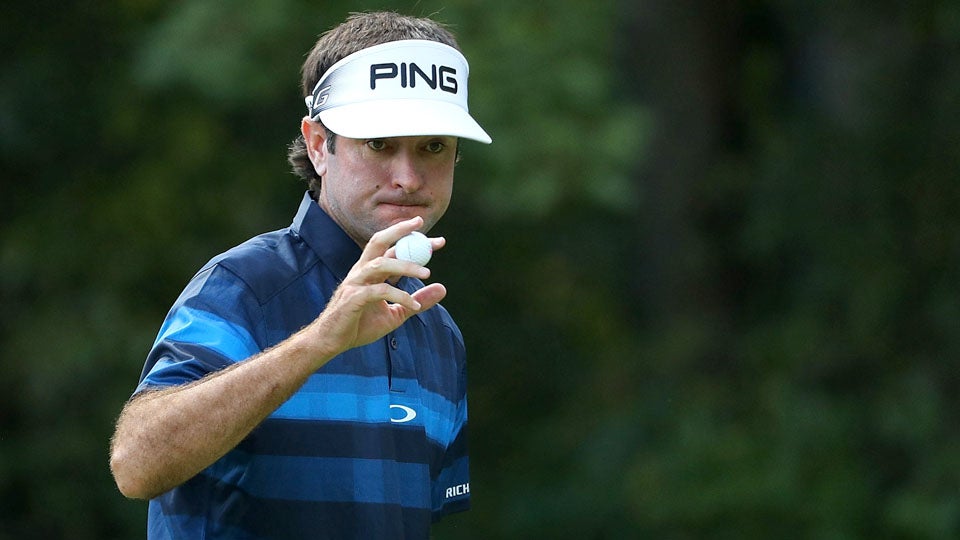 Bubba Watson still needs a pick to make it to Hazeltine.
Getty Images

ATLANTA, Ga. — Welcome to the undercard. Before we get to the Ryder Cup next week in the main event, first we’ve got to finish the PGA Tour season at the Tour Championship.

There are $10 million reasons to be interested in the FedEx Cup finale if you’re a player, not quite so many if you’re a viewer. The best part of the Tour Championship is watching the TV broadcasters try to keep up with the ever-changing Rubik’s Cube that is the FedEx points system. It’s all so pointless, pardon the pun.

Before that happens, let’s get to the Van Cynical Mailbag:

Hey Van Cynical, Do you feel it’s a done deal if any American not already on the team wins the Tour Championship? Do they get picked? Or is this last-week pick just lip service. — Eric Houser via Twitter

Lip Service, Dr. House. I think Love would’ve loved a reason to pick family pal and young gun Justin Thomas or even Daniel Berger but I don’t see how you pass up Bubba Watson, ranked seventh in the world. He didn’t get there by accident. Plus, they’ve got this big hoopla about announcing the pick during halftime of the Sunday Night Fotball game. So that national TV audience has got to hear a big name being announced, like Bubba. You announce Berger or Thomas and you get a collective, Who?

Hey Sickmananoff, Berger, Moore, Thomas all top 10. Who do you take? — Al Walker via Twitter

I still take Bubba. But of those three, I go with Berger. He makes a ton of birdies and doesn’t seem like he’s afraid of what anyone else thinks about him. He’s got a little more edge to him that I like.

Hey Van Cynical, The Ryder Cup task force is pointless. Yes to young players as wildcards, no to same old-same old. Most important, we need to putt better. Duh! — Michael O’Connor via Twitter

Couldn’t agree with you more, Mannix. Pick hot putters, and a guy making putts on bermuda at East Lake may not be able to buy one on the bent greens in Minnesota. And I’m not in favor of any task force unless Admiral Halsey is at the helm. Van Cataclysmic, What is going to be my profanity of choice for this year’s Ryder Cup when we miss soooo many putts to tie or win holes? — Brian Bailey via Twitter

I dunno, Bailbondsman. Which team are you playing for? I think it’s open season for profanity after misses, though. You know Tiger Woods is a vice captain for the U.S. and that was another category where he ranked No. 1 in his prime.

Hey Van Cynical, Is there a more boring good course than Atlanta’s East Lake? The Tour Championship is there year after year and I can’t think of a single hole. — Lionel Mandrake via Twitter

I would stack up Firestone’s South Course against East Lake, hole for hole, in the hard-to-remember category. You may like East Lake better this year since they have reversed the nines, finishing on a par 5 instead of a par 3. It may be more interesting. An honorable mention candidate, by the way, would be Pinehurst No. 2 before its makeover.

Hey Van Bicycle, Remember when Davis Love and Freddie Couples were great buddies? I wonder if that’s still true after this Ryder Cup captaincy shook out and Fred didn’t get the job? — MidnightRiderCowboy via Twitter

It would be shocking if they weren’t still buds. Fred is pals with everyone in golf. If he did feel like he didn’t get a fair shake, and I don’t know that he does, I’m sure he’d blame the PGA of America sweater salesman before he ever blamed Davis. They’re good.

Vans, If you always lose on your annual golf trip, should you start a task force? I’m asking for a multi-million dollar corporation. — Len Hochberg via Twitter

Did Donald Trump start a task force? Did Hillary Clinton start a task force? Hmm, maybe those are bad examples, Hocker. GE’s Jack Welch didn’t need a task force. The key thing for Team USA was to set up a system to install continuity to the process and the captaincy and vice captaincies. Nobody has to reinvent the wheel every two years, nor should they. Will that really help the Americans make more putts? I don’t know.

Van Prognosticator, What do you think of Big Jack’s Ryder Cup comments? Not very Vince Lombardi like, was it?  Or is he right, it’s about competition, not all about winning? Maybe since the Euros have won so many they won’t treat it as such a big deal because since ‘85 they sure have made it their priority to win! — KLaugh56 via email

It’s supposed to be about the competition, Kirb Your Enthusiasm, but at some point it has to be two-sided. The Cup goes on if it’s a good show but eventually, the U.S. has to win one to keep interest in it alive. If you look at it objectively, Europe has owned this event ever since Seve and the rest of Europe was included. Maybe the U.S. should draft Canada and Mexico before that soon-to-be-built wall is finished.