Ryder Cup: Tony Jacklin Is Worried About French Fans in 2018 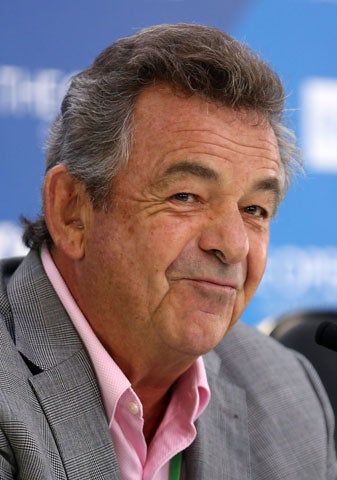 Tony Jacklin is the most successful European Ryder Cup captain ever.
Getty Images

In October, the United States won the Ryder Cup for the first time since 2008, and the story for much of the week was the boisterous American crowd helping its team to victory. The Europeans hope their fans provide similar home-field advantage at the 2018 event, but there’s one detail that could prove problematic: the 2018 Ryder Cup will be held in Paris, France, a city and country with little golf history or interest when compared to previous European venues.

Former European Ryder Cup captain Tony Jacklin is voicing that exact concern. On Tuesday, Jacklin spoke to Reuters to show his support for the choice of Thomas Bjorn as the new captain for the European side in the biennial event, but he quickly changed the topic to the host venue and city. “The only reservation I’ve got is that the matches are going to be in Paris and, relatively speaking, golf is a minority sport in France,” Jacklin said.

“When it’s in the UK we get tremendous support,” he said. “When it was in Valderrama in Spain in 1997 there were a lot of British holidaymakers there who supported it.

“But the French people are not what you would call staunch golf fans. It’s a little bit less of a home advantage in my opinion.”

The 2018 Ryder Cup will be at Le Golf National, 20 miles southwest of Paris. It will be just the second time the Ryder Cup has been held in Continental Europe.

You can read Reuters’s full interview with Jacklin here.