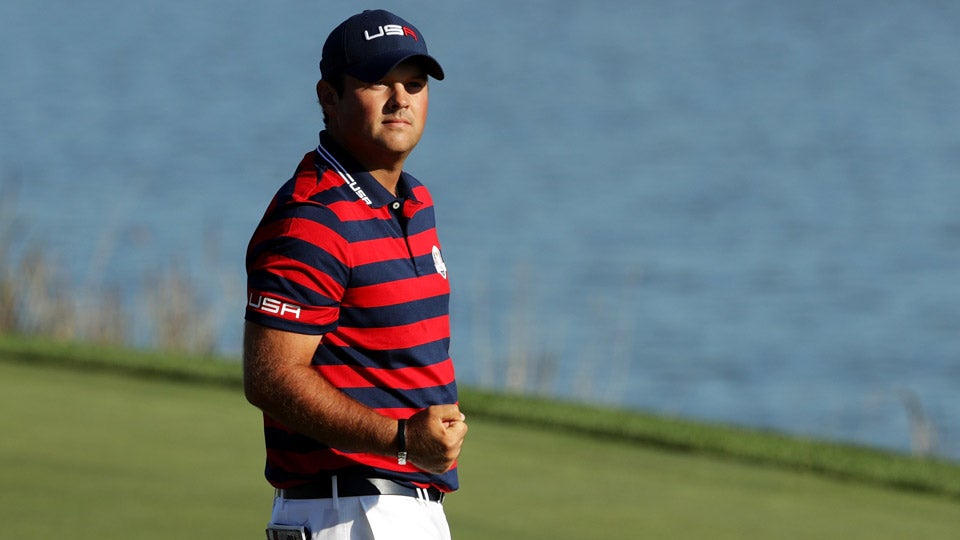 Patrick Reed on Saturday at the 2016 Ryder Cup.
Getty Images

The excitement was lacking in Saturday afternoon four-ball at the Ryder Cup, if only because both teams were playing so well there was little movement on the leaderboard. But Patrick Reed changed that in a hurry with one swing.

Playing with Jordan Spieth and all tied up with opponents Justin Rose and Henrik Stenson, Reed hit a wedge from the 6th fairway, landed it well past the hole and then spun in back into the cup sending the American fans into a frenzy. The eagle hole-out gave Reed and Spieth a 1-up lead through six holes.