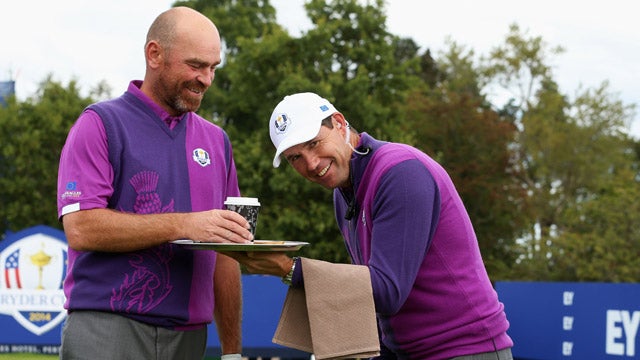 Darren Clarke has added three familiar names to his coaching staff for the 2016 Ryder Cup.

Harrington has competed in six Ryder Cups, notching a 9-13-3 career record as member of four winning teams. He also served as a vice captain on Paul McGinley’s victorious squad at Gleneagles in 2014. Each team’s 12-man roster will be comprised of eight automatic selections and four captain’s picks. The first eight players will be locked in after The Barclays, the first leg of the FedEx Cup. Each captain will then pick three players after the BMW Championship, then a final selection after the Tour Championship. Here’s how the teams currently stand:

How to apply for 2021 Masters tickets when the process begins