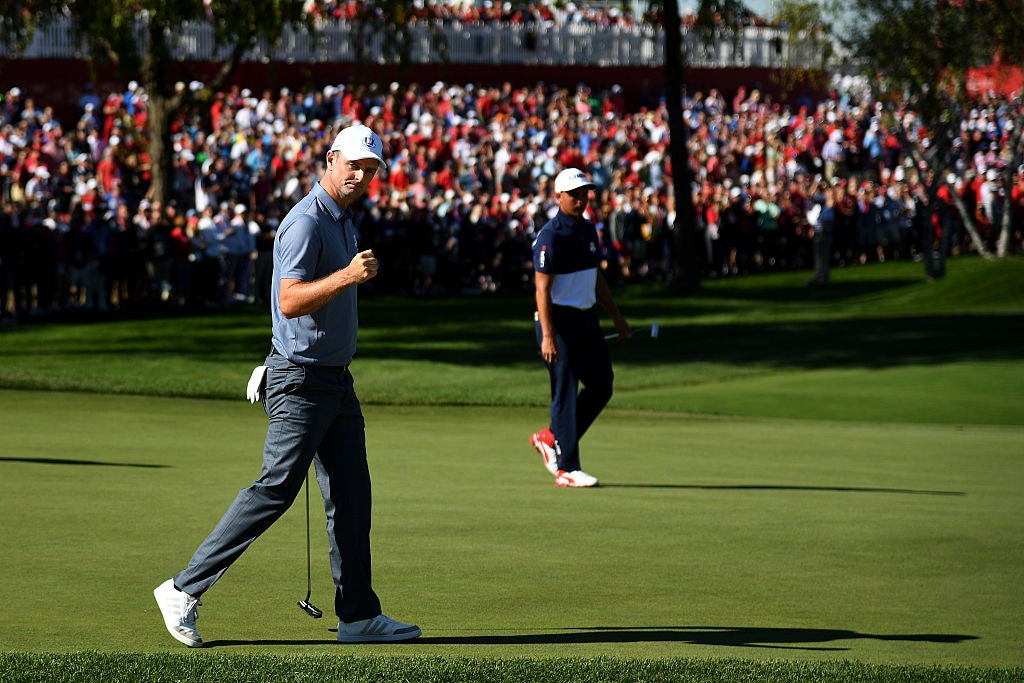 Justin Rose reacts on the first green as Rickie Fowler looks on during singles matches of the 2016 Ryder Cup.
2016 Getty Images

During a lighthearted press conference with the Europeans, Justin Rose criticized the way Hazeltine was set up during the Ryder Cup, calling it “incredibly weak.”

“I thought it was very much a pro-am feel in terms of the pin placements,” he said. “They were all middle of the green. I don’t quite understand that, to be honest with you … We want to showcase our skills. We want to be tested.”

Rose added that he felt the 17th hole, which he and Rickie Fowler both parred, was “an absolute joke.”

“I just felt coming down the stretch, it was a little soft,” he said.

During the press conference with the American team, Fowler disagreed with Rose’s comments about the course.

“I don’t think it was easy by any means,” he said. “It was easier for some,” he said, turning to Phil Mickelson. “This guy next to me. He made a few birdies. He’s been playing well all week.”