Ryder Cup: Is Love an Analytical Captain? Watch Zach Johnson For the Answer 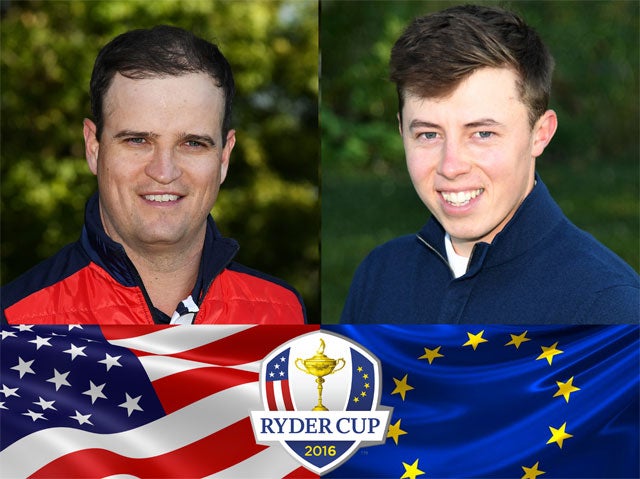 CHASKA, Minn. — Davis Love wants to be an analytical captain. He used the word ‘statistic’ (or a variation of it) nine times a press conference last month. When push comes to shove at Hazeltine, that might change.

From his Tuesday afternoon press conference, Love said, “A lot of the stats that I get, I just throw them out because we’ve kind of got a good, fresh attitude right now.”

As the Americans try to solve the Ryder Cup riddle, we’ll know how truly analytical Captain Love is when his pairings are released. Specifically whether Zach Johnson plays any foursomes – aka alternate shot – matches. Despite qualifying for the team, Johnson just finished his worst PGA Tour season since 2008. (It’s been under the radar bad, probably because he’s only missed one cut since February.) He has played mediocre, but certainly not good. His strokes gained average of .609 was his worst since 2004, when ShotLink data publicly recorded his game for the first time. He earned the least amount of money since ’08 and cracked the top 25 just nine times, his lowest number since ’08.

Within those overall struggles is Johnson’s true weakness this week: his driving. Johnson has never been hailed as an incredible driver, but the saving grace for his lack of distance off the tee has always been his accuracy. Not this year. Johnson hits 65% of fairways off the tee, and when paired with his average of 280 yards, that amounts to an average of -.269 strokes-gained off the tee, his worst mark ever by a wide margin. At a lengthy course like Hazeltine, driving will be at a premium, and Love will surely take that into consideration when making his pairings.

In foursomes, Johnson would be called upon to take his below average tee game to every other tee box. Starting him as one of just eight Americans in that format would seem like an analytical risk for Love. It’s just not clear his game plan is concerned with that. (Note: European captain Darren Clarke’s game plan is.)

All Love and Clarke can do is prepare the best route, a trail map if you will, to 14.5 points. That number ensures a Ryder Cup victory. Where does Zach Johnson—now five-time Ryder Cup player and two-time major winner—fit in?

If he’s not a match for foursomes, he can find a home in fourballs. Johnson has long been one of the game’s best putters and wedge players. Using him in a best ball setting, where he plays his own ball from tee to hole seems like an alternative move that would get him on the course before his singles session. However, his 3.65 birdie average is middling and worst of the Americans here in Minnesota – vice captain Bubba Watson included.

So the question is: Should Johnson play at all? Is Love truly thinking analytically, and if so, to what extent? To sit a rare American-with-a-.500 record (6-6-2) in the Ryder Cup would be a daring move for the non-analytically focused. Fortunately for Johnson, statistics are only part of what matters here at the Ryder Cup. Love considers Johnson a major team leader and one of his best friends. A leader that contributes points is something completely different.