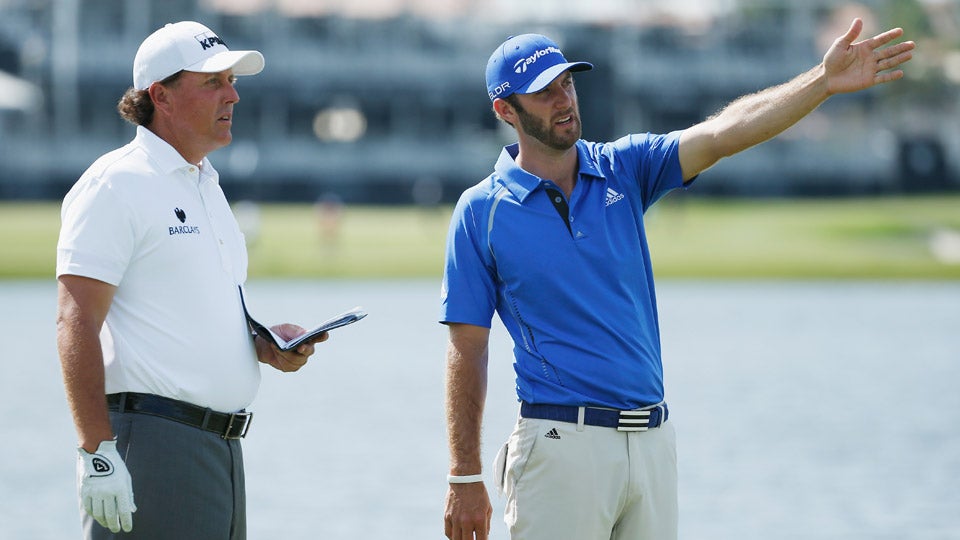 Phil Mickelson and Dustin Johnson line up a shot during a practice round prior to the start of the World Golf Championships-Cadillac Championship at Trump National Doral on March 5, 2014 in Doral, Florida.
Getty Images

The pairings – or even the teams – aren’t set for this year’s Ryder Cup, but we know one thing for sure: Dustin Johnson and Phil Mickelson likely won’t be partnering in any of the team sessions.

At his pre-tournament press conference before the Tour Championship, Johnson said, “I love Phil and we’re great friends, but we have a lot more fun when we’re playing against each other, not as partners.”

And the results back that up. They made for a poor pairing at the 2010 Ryder Cup, losing both matches they played 3 and 2.

U.S. captain Davis Love has repeatedly said he will take a stats-heavy approach when making his pairings next week. Johnson leads the PGA Tour in birdie average and is obviouslylong off the tee, making him an easy pairing for anyone on the roster. In the 2012 Ryder Cup, he went 2-0 with Matt Kuchar as his partner, and in the 2015 Presidents Cup Johnson was 2-1 while teaming with Jordan Spieth. Both of those players are on this year’s U.S. roster.

“I’ve played with Jordan in the Presidents Cup. I played with Matt Kuchar the last Ryder Cup, and we did well,” Johnson said. “So those are guys that I’ll probably – that I could possibly play with. I mean, we’ve talked about it, and there’s a couple other guys that I might could pair up with too. I mean, I don’t feel like I would pair badly with anyone.”