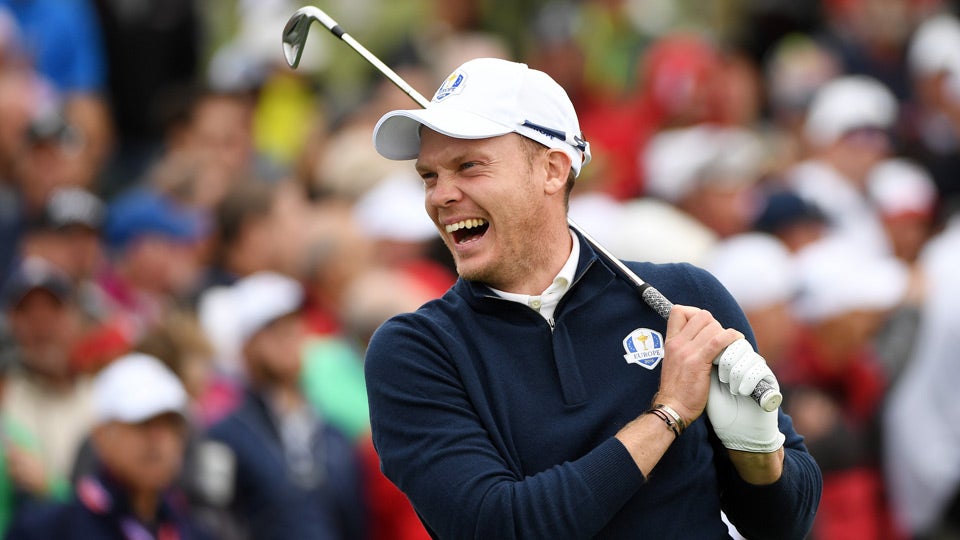 Englishman Danny Willett has the honor of representing the European team in the Ryder Cup this year for the first time in his career, thanks to his dramatic triumph at this year’s Masters in April. Such an honor, that his brother Pete Willett can hardly contain his excitment, and bias, as evidenced in a recent article he authored.

Writing for National Club Golfer, Pete, a teacher, offered some advice on how the Euros can retain the Ryder Cup at Hazeltine, and absoltuely went off on American golf fans, as well as the U.S. team, in a post dripping with classic dry English humor.

There are simply too many great lines to highlight all of them, so it would be best if you read the post in its entirety here at nationalclubgolfer.com. A few choice selections can be found below.

“Team USA have only won five of the last 16 Ryder Cups. Four of those five victories have come on home soil. For the Americans to stand a chance of winning, they need their baying mob of imbeciles to caress their egos every step of the way. Like one of those brainless bastards from your childhood, the one that pulled down your shorts during the school’s Christmas assembly (f**k you, Paul Jennings), they only have the courage to keg you if they’re backed up by a giggling group of reprobates. Team Europe needs to shut those groupies up.”

“They need to silence the pudgy, basement-dwelling, irritants, stuffed on cookie dough and pissy beer, pausing between mouthfuls of hotdog so they can scream ‘Baba booey’ until their jelly faces turn red.”

“They need to stun the angry, unwashed, Make America Great Again swarm, desperately gripping their concealed-carry compensators and belting out a mini-erection inducing ‘mashed potato,’ hoping to impress their cousin.”

“They need to smash the obnoxious dads, with their shiny teeth, Lego man hair, medicated ex-wives, and resentful children. Squeezed into their cargo shorts and boating shoes, they’ll bellow ‘get in the hole’ whilst high-fiving all the other members of the Dentists’ Big Game Hunt Society.”

Willett finishes his screed with this kicker:

“If these things happen, Europe will win, and I’ll try to support gracefully by embracing the same sense of fair-mindedness that has permeated this unbiased article. If not, the Americans will claim their second victory this century… those fat, stupid, greedy, classless, bastards.”