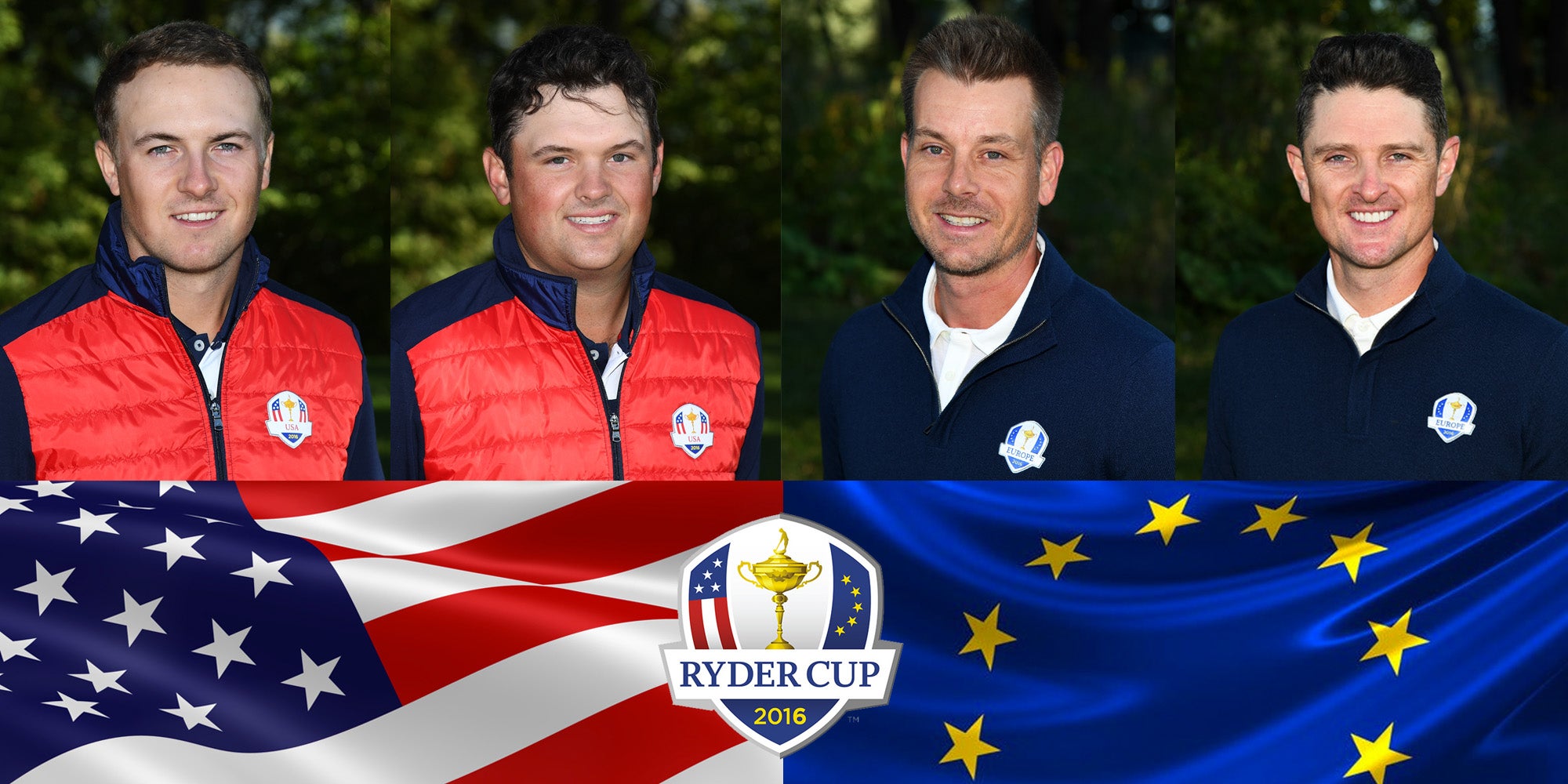 CHASKA, Minn. — After all the talk and predictions and analysis, this much-anticpated edition of the Ryder Cup is finally about to kick off. Here’s how I see the Friday morning foursome (alternate-shot) matches stacking up: The most important match is always the next one, but the opening Friday morning game ranks No. 1 above them all. That’s why Darren Clarke is sending out his best team, and why Love is answering with what is arguably his top duo. There are question marks all around. How sharp will Stenson be after taking a couple of weeks off to rest a torn ligament in his knee? Is Rose 100% fit, something he said he wasn’t during the FedEx Cup playoffs? And can Spieth start hitting fairways and get back on top of his game like he was last year? Spieth and Reed were the U.S. bright spots in the loss two years ago in Scotland. This shapes up as an outstanding match against the British Open champ and the Olympic gold-medal winner.

Captain Darren Clarke: “Justin and Henrik are a very proven, successful Ryder Cup pairing. Both very strong players. Got the Olympic champion and the Open champion. They were always going to be my choice for leading Europe off in this match. That was never, never in doubt.”

Captain Davis Love: “Our most fired-up guy (Reed) is going to be in front of the most fired-up crowd maybe in the history of golf. So that’s a good start. And you have a guy who can handle that crowd and the pressure playing with him. I think I might watch a few holes of this one right off the bat.”

There is no reason not to front-load your best players. Getting a lead is important because it puts even more pressure on the players on the trailing team. With six rookies, Clarke knew he’d have to send out at least two, but he wasn’t going to overload the morning lineup with inexperience. He put his biggest gun with Sullivan, who had a breakthrough season in ’15 but a quieter summer this year. Mickelson and Fowler both work with instructor Butch Harmon, so they’re on the same page in that area. Mickelson is notably unpredictable, and Fowler hasn’t hit on all cylinders this season. Taking down Rory would be a big plum for these guys and Phil is at his best when his back is to the wall.

Captain Clarke: “Sully’s played lovely. Both Rory and Sully have expressed their interest and desire to play with each other this week. And with the form that Rory is currently in, and Sully playing very nicely, it would be foolish of me not to give them the opportunity.”

Captain Love: “It was hard to decide who went where. Phil always has a plan; first is where he likes. But we liked Patrick getting out there first.”

It’s a mild surprise that Johnson is going off in the first session, as he’s been struggling with his driving of late and in the practice rounds. Walker had a PGA Championship performance for the ages but has been off ever since. Garcia and Kaymer have a ton of experience and are superior ballstrikers. This one looks like a tough ask for the U.S., but the foursomes format can be unpredictable.

Captain Clarke: “I think pairings this week have to be fluid. With all the previous captains I’ve spoken to, they have had the ideas of pairings and who is going to play with who. And that sometimes changes. It rarely goes exactly as you think. You may have your pairings, but you also have a few different ones in the back of your mind, as well. And that’s preparation. None of these pairings are thrown together at the last moment, should we say. With regard to Danny Willett, he will be playing tomorrow afternoon. I probably shouldn’t tell Davis that but he will be playing tomorrow afternoon.”

Similar to the second match, here is a case where Clarke felt compelled to pair a rookie with Europe’s savviest veteran. Pieters is a big hitter, but he’ll meet his match in Johnson, the strongest player in the game. Kuchar has the edge around the greens, while Westwood is a consummate ballstriker. Johnson is coming off his worst finish in a while—his closing 73 was the highest score in the final round of the Tour Championship. If anyone can wipe that out of his memory, it’s D.J. It looks like he and Rory are the two best players in the world right now. The U.S. will need Johnson to bring this one home to salvage a morning draw.

Captain Clarke: “Lee Westwood is playing in his 10th Ryder Cup, so he’s a very experienced Ryder Cup player. He’s also a very, very good player. And Thomas Pieters, this is his first Ryder Cup. So to balance the experience with one of the rookies is very important. I know Lee’s game very, very well, because he’s been a great partner to me in many Ryder Cups. And Thomas is a very, very talented young man. To get Thomas out with the most seasoned veteran on our team seemed like a bit of a natural pairing.”

Captain Love: I hopped on a cart with Dustin Johnson and he immediately said, ‘I love these pairings.’ That’s what you want to hear from your players, that they are excited. We just picked four of our best alternate-shot pairings and lined them up in the best order we thought for getting started.”