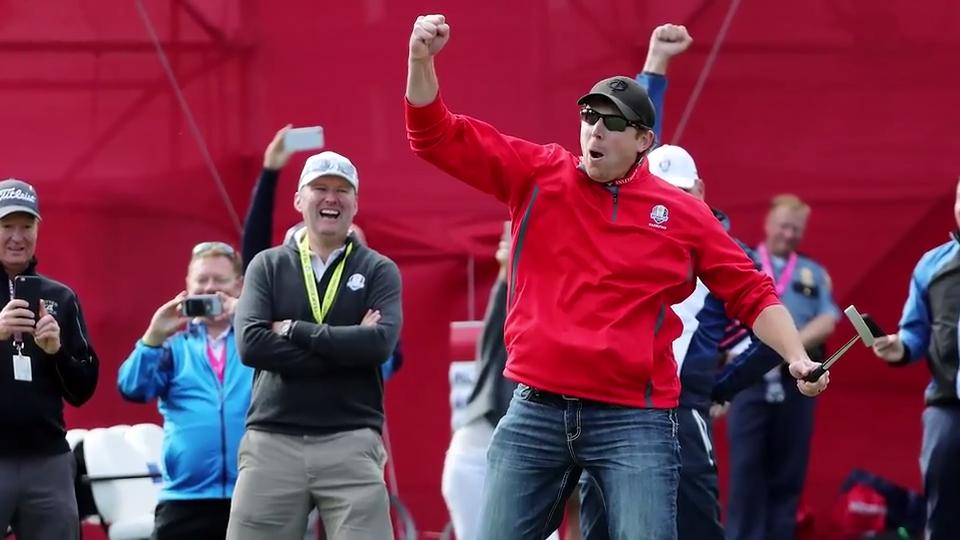 The Ryder Cup is just hours away, but there was still plenty happening at Hazeltine National on the final practice day. Here are the five most important things we learned Thursday at the Ryder Cup.

After Rory McIlroy and Andy Sullivan missed the same putt multiple times, a heckling fan from North Dakota said he could do it. They pulled him out of the crowd and this happened…and he broke it down for us afterward.

The successful America duo from the 2014 Ryder Cup, Jordan Spieth and Patrick Reed, will be the first group on the tee Friday morning. After going 2-0-1 that year, Spieth and Reed will face off against European ringers Justin Rose and Henrik Stenson. You can find all the pairings here. After the match was announced, Reed offered a proverbial tip of his cap.

Rory McIlroy Showed Up in Form

The Ulsterman jarred his approach on the 6th hole at Hazeltine, leaving no doubt that his game has carried over from last weekend’s Tour Championship in Georgia. He’ll join Andy Sullivan against Phil Mickelson and Rickie Fowler Friday morning.

He just holed out from 100 yards on the sixth hole. #TeamEurope pic.twitter.com/8WkbutqXYO

Willett’s brother, Pete, wrote an infamous article earlier this week that drew the ire of many American golf fans. Unfortunately for Danny, it has hampered his experience so far, which the golfer pointed out in his press conference Thursday afternoon. Willett was left off the first session of play by captain Darren Clarke.

Reed spoke to the media early Thursday morning and discussed a nine-hole walk through he did with Woods Tuesday afternoon. Apparently, it was so windy that many players decided not to play, but Reed hit the course and Woods tagged along. For Reed, it’s working out well.