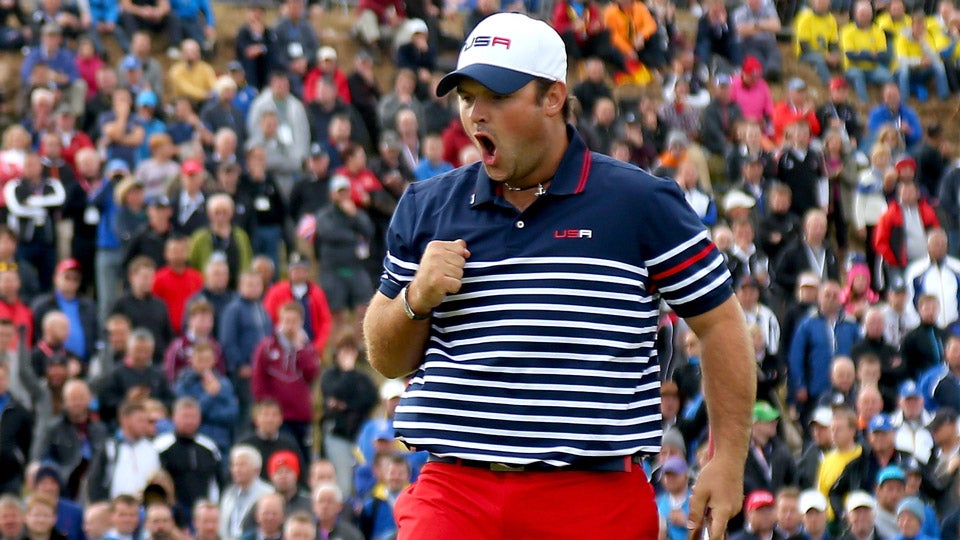 Patrick Reed during the 2014 Ryder Cup at Gleneagles in Scotland.
Getty Images

There are still 100 days to go until the 2016 Ryder Cup at Hazeltine, but the competition is already heating up… at least on Twitter.

The two teams traded barbs on Thursday, posting videos messages on their official team Twitter accounts. Having dominated the biennial competition over the past 20 years (including three straight wins in the event), the European team is feeling understandably confident about their chances. But despite recent history, Team USA isn’t backing down in the lead up to this year’s matches.

It all started innocently enough, with Team Europe posting the following video to Twitter with the message “100 days to go”…

The U.S. team then chimed in, posting a video of Bubba Watson pumping up the home crowd on the first tee at Medinah in 2012.

After that, the conversation grew a bit more chippy, with each team trying to one-up each other with more videos.

.@RyderCupUSA remember the last time we were in your house? https://t.co/gmmIteaSpc

Are you getting excited yet? The 2016 Ryder Cup kicks off September 30 in Chaska, Minnesota.