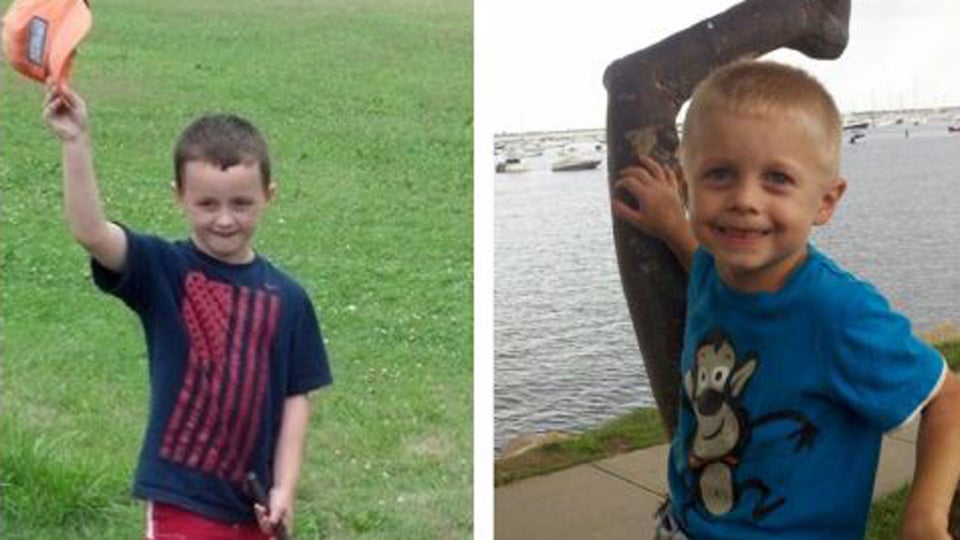 Ryan McGuire (left) will play 100 holes of golf in one day in the memory of his friend, Danny Nickerson (right), who died from a rare pediatric cancer called DIPG, and also to raise money.
Courtesy Golf Fights Cancer

Beyond his years in both ability and ambition, 6-year-old Ryan McGuire has found a way to give back to a cause close to his heart by playing a sport he loves.

Ryan plans to play 100 holes of golf in one day to honor his late kindergarten classmate, Danny Nickerson, who died from pediatric cancer in April.

Ryan hoped to raise $5,000, but as of Thursday morning his fundraising page shows that he’s already surpassed his goal, totaling $7,355. He plans to help fund the research of Dr. Mark Kiernan, who was Danny’s doctor at Dana Farber Cancer Institute in Boston.

The event will take place on June 17 at MGA Links course in Norton, Massachusetts. Vin McGuire, Ryan’s grandfather, will serve as Ryan’s caddie. Vin is a prostate cancer survivor—rendering his support as that much more special. Ryan’s kindergarten classmates will also be there to applaud their peer in his remarkable deed.

Ryan McGuire of Foxboro plans to play 100 holes of golf next week to raise money to fight pediatric cancer. pic.twitter.com/facw5Z8PkK