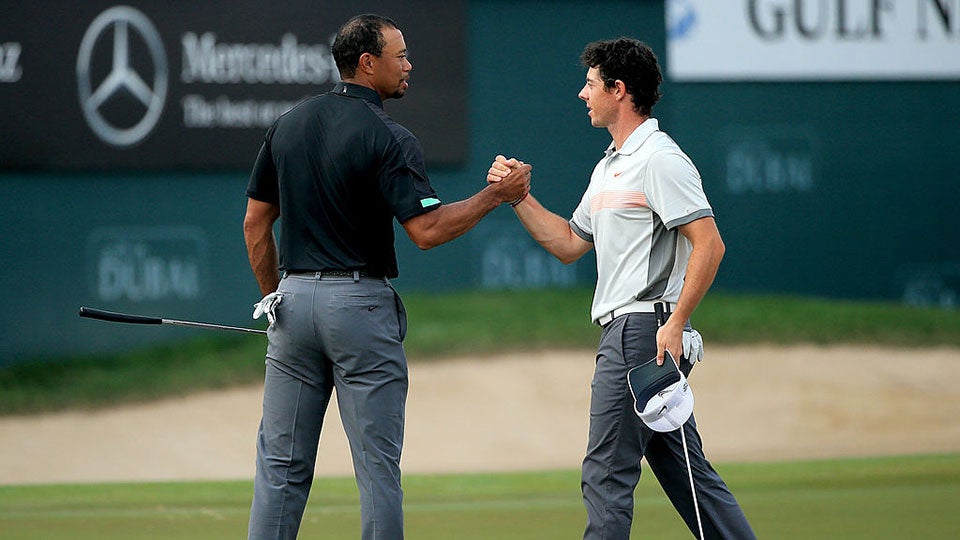 Tiger Woods posted a video of his swing on Twitter on Wednesday morning, putting an abrupt end to rumors that he was unable to stand or move.

Woods’ post also set off a frenzy in the golf world — it was the first evidence of him swinging a club in months following his back surgery. Thousands of fans replied to the tweet with support or surprise, but the best reaction came from Rory McIlroy.

McIlroy has been in the news for the past week for his responses to Brandel Chamblee’s comments that he was hitting the gym too much, mirroring criticism that Woods has also received.

You can check out McIlroy’s reply to Woods below, and we also included a few of our other favorite fan reactions.

While you’re on your feet, do a few calf raises would ya? https://t.co/MXLTjcHwC4

@TigerWoods @justinterry1984 @timguinn Wow! Reclining in the passenger seat one day and hitting balls the next! Looks fine to me.

@TigerWoods I’ll see that putt if you don’t mind.. Take your time but do comeback, these young pups need to be schooled by the big cat!