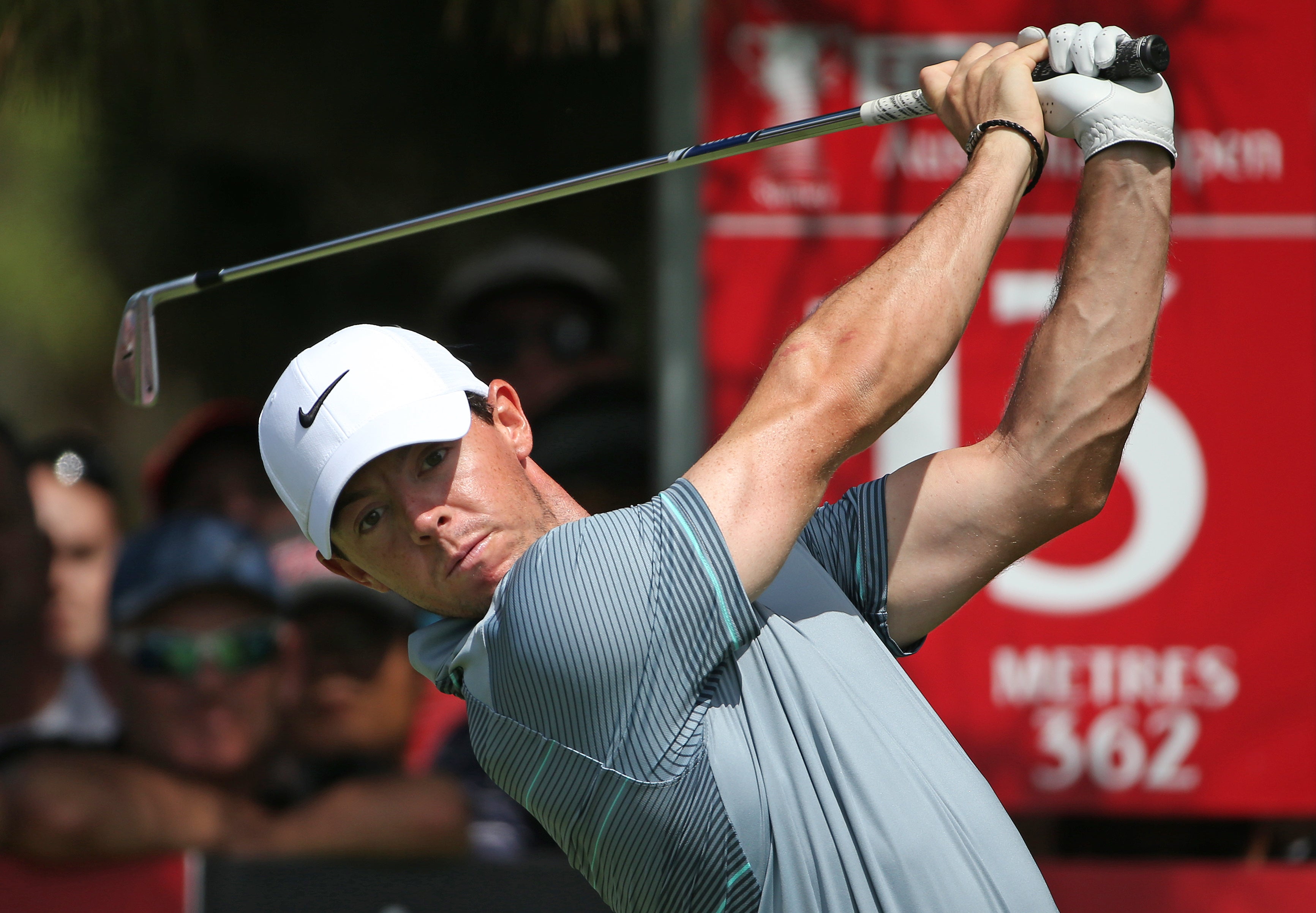 Northern Ireland's Rory McIlroy tees off on the 13th hole during the second round of the Australian Open Golf championship in Sydney, Friday, Nov. 28, 2014. (AP Photo/Rick
AP Photo/Rick Rycroft

ABU DHABI, United Arab Emirates (AP) — Martin Kaymer rekindled his fondness for the Abu Dhabi Championship by rolling in 10 birdies to shoot an 8-under 64 in the first round on Thursday, giving the German a one-stroke lead in an event he has won three times.

Living up to his tag of the “King of Abu Dhabi,” Kaymer showed the form on the greens that brought him titles in the desert in 2008, ’10 and ’11, and looked energized after time away from golf over Christmas.

“I putted very well,” Kaymer said. “Ten birdies? I’m not sure I have done that in my golf career.”

Top-ranked Rory McIlroy and American star Rickie Fowler were also playing their first tournaments of 2015, and fed off each other’s brilliant putting on their back nines to shoot 67s.

McIlroy’s round was revived by a superb, improvised wedge shot from the lip of a fairway bunker on his 12th hole, setting up the first of five birdies in his last seven holes.

“I was just trying to get it on the green,” McIlroy said about his impudent 95-yard shot from an awkward stance that revived memories of the late Seve Ballesteros. “From looking like going 1 over to finishing 5 under, I’m very happy.”

Kaymer ripped up his usual festive routine — which can involve hitting some balls on Christmas Day at his base in Arizona — and spent time at home in Germany and on the ski slopes of Italy, where he enjoyed learning a new sport.

“Life is not all about golf,” Kaymer said. “It was nice to find a hobby that is challenging for me.”

He won’t be giving up the day job, though.

Kaymer lost form after winning the Players Championship and the U.S. Open midway through last year, but was back to his best on what he calls his “home course” in making four birdies on the front nine and six coming in. Three birdies were from more than 18 feet.

With a second place and a sixth place to go with his three titles at the Abu Dhabi Golf Course, Kaymer is the man to beat this week – even with McIlroy around.

The only swings McIlroy made over the month either side of Christmas were practice ones in his kitchen at home. The break didn’t do him any harm, either.

His first shot of 2015 was a 315-yard drive down the middle of the par-5 10th fairway and he birdied the hole for the perfect start to his attempt to win this tournament for the first time, after three runner-up finishes since 2011.

McIlroy’s short game made up for some errant drives for the rest of his front nine but the spectacular shot on No. 3 proved to be a catalyst. With one foot in the face of a bunker and the other out of the hazard, he had to open the face of his wedge and dig out a shot that landed 12 feet away. It brought the biggest cheer of the day from a sparse crowd at Abu Dhabi Golf Club.

The American, who lost out to McIlroy in the British Open and U.S. PGA Championship last year, upstaged his rival by making six birdies in 11 holes starting at No. 15 – his sixth hole. However, Fowler sent his approach at the last through the green, misjudged a flop shot on the way back and missed a 10-foot par putt to slip back level with McIlroy.

Second-ranked Henrik Stenson had a double-bogey on his first hole and didn’t make any birdies in a 76. Justin Rose shot 73.