Rory McIlroy Spotted Coming Out of Gym In Ireland 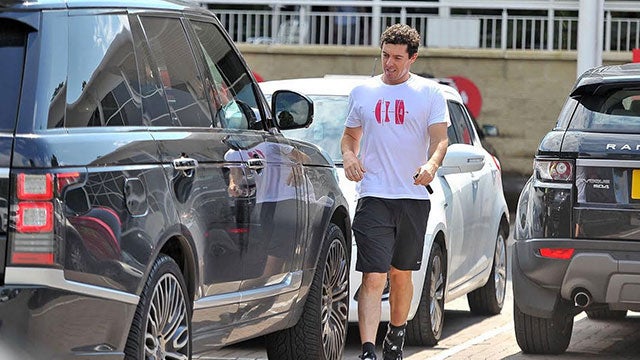 It’s British Open week, and Rory McIlroy is more than 300 miles away from the Old Course, host of this year’s Open.

McIlroy suffered an ankle injury while playing soccer two weeks ago and was forced to withdraw from the tournament, forfeiting the chance to defend the title he claimed last year at Royal Liverpool. That doesn’t mean the 26-year-old is sitting on the couch all week.

Photos on BelfastLive.com show McIlroy exiting a gym in Holywood, Ireland in a white t-shirt, black shorts and a brace on his left ankle Wednesday morning. In his post announcing his injury, McIlroy said he suffered a total rupture of the ATFL. It is unknown when we’ll see him back on the course, but at least he isn’t losing any muscle in his time off.

RELATED: Is Rory’s Season Over After Ankle Injury?