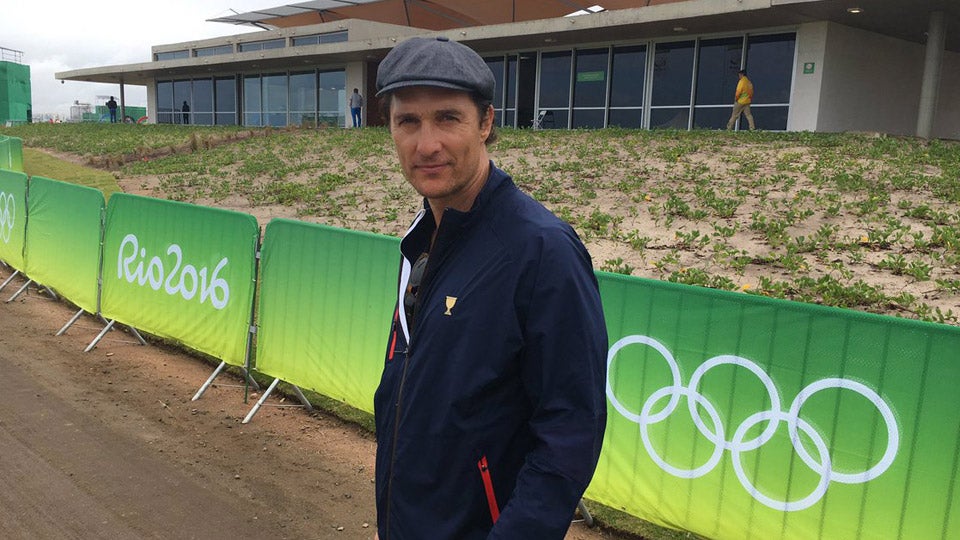 Matthew McConaughey taking in round 2 of the golf competition at the Olympics.
@PGATOUR_mikemc

You may remember Rory McIlroy holing out for eagle on the 70th hole of the Tour Championship two months ago. His ball ended up in the stands after McIlroy flung it in exaltation. It landed in the fans of a lucky, young spectator.

But McIlroy wasn’t done giving. Recently the 27-year-old sent a note to the young fan, which ESPN Golf writer Jason Sobel made public with an image on Twitter Tuesday.

“I am so glad that somebody young was able to get it before and adult,” McIlroy would say in the letter. “I hope the ball and this short letter remind you that I have always wanted young people to do well in life. It may be at school, playing sport or event just being with your family, but doing your best is really what’s most important.” Check out the letter below, as well as the memorable shot McIlroy hit beneath that.

A buddy’s nephew received this letter from Rory McIlroy today and it’s all kinds of awesome. pic.twitter.com/17xq6VKEIb

Rory McIlroy! One back with two holes to go.