Rory McIlroy Rounding Into Form, Shoots 8-Under 64 at Players 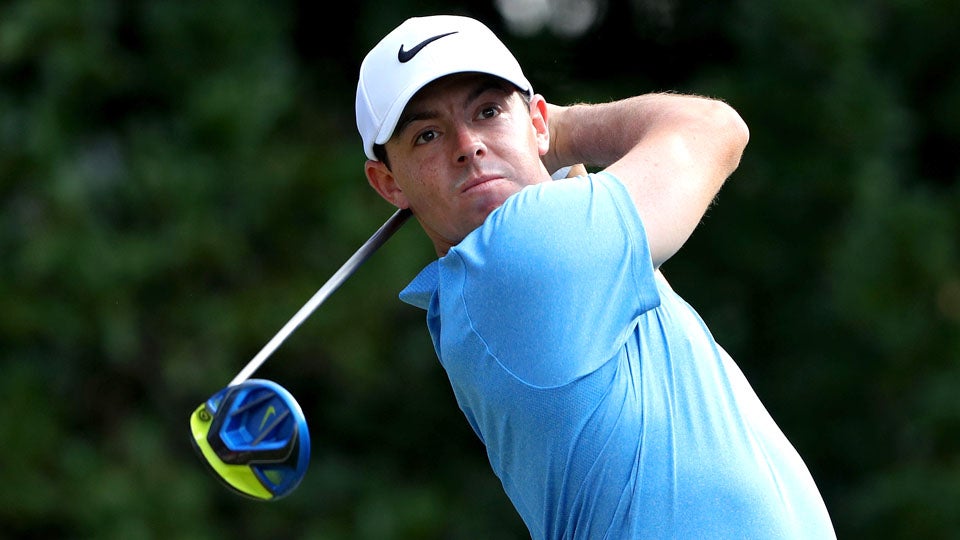 Rory McIlroy shot even par during the first round of the Players, but his blazing round on Friday put him right back in the mix heading into the weekend.
Getty Images

PONTE VEDRA BEACH, Fla. – No one ever won the Players Championship on Friday, but Rory McIlroy surely won some sort of battle with his 8-under 64 in the second round. He hit 10 of 14 fairways, 13 of 18 greens in regulation, and took just 22 putts compared to 30 while shooting a disappointing even-par 72 the day before. He also shot under par on the front nine—his second nine Friday—for just the second time.

Simply put, he was in command. Still, he was a bit glum afterward.

“I’m disappointed,” McIlroy said. “It should have been a couple better. Instead of being two behind the lead I feel like I should be tied for the lead.”

With a chance to birdie the par-5 ninth hole, his last of the day, and shoot a course-record 62, McIlroy dumped his 90-yard approach shot in the heavy rough short of the green and bogeyed the hole. That left him two behind co-leaders Jonas Blixt (67) and Alex Cejka (67) with much of the afternoon wave yet to tee off. This has been a fallow period for McIlroy, who was on top of the rankings and the toast of the golf world as he won his third and fourth majors in 2014. He won twice last year but missed much of the summer with an ankle injury and did little of note once he returned to action. He hasn’t won anywhere in 2016 and hasn’t come particularly close.

But now he’s in form at the Stadium Course at TPC Sawgrass, where he never had much luck early in his career but is coming off top-10 finishes the last three years.

He birdied his first four holes, eagled the par-5 16th with a 53-foot putt from the left fringe, and held steady on the front nine, his bugaboo, until his gaffe at the ninth.

The bogey was especially galling not just because the course record was in the offing—McIlroy said he was acutely aware of the fact that no one had shot 62 here—but also because he sensibly laid up into the right side of the fairway with his second shot.

“Any time I went for the ninth green in two here I’ve either hit the trees in the left or I’ve hit it sort of out to the right into those grassy mounds that Pete Dye loves,” he said. “And I’ve never—it’s just—it has never really worked out for me when I went for the green. So I sort of talked myself out of it on the fairway.

“And I laid up and thought, I’ll take my chances from inside a hundred yards from the fairway,” McIlroy continued. “And it was a tough. If anything, I might have left myself a little bit too close. It was a tough shot with it being downwind and the pin so tight. I was trying to get really sort of cute with it, I guess, and I just hit it too easy.”

On the bright side he thumped playing partners Dustin Johnson (70, -4) and Bubba Watson (71, -4). He wore pants with normal cuffs after briefly experimenting with a pair of Rickie Fowler-style capris Thursday. But that wasn’t the reason why we finally recognized McIlroy. Although he made a mess of the ninth hole, and suffered a hard lip-out at the sixth, Rory McIlroy is finally playing like himself again.

“It could have been a couple lower,” he said, “but it’s still a great round and it moves me up the leaderboard. Hopefully I’m not too far away going into the weekend.”