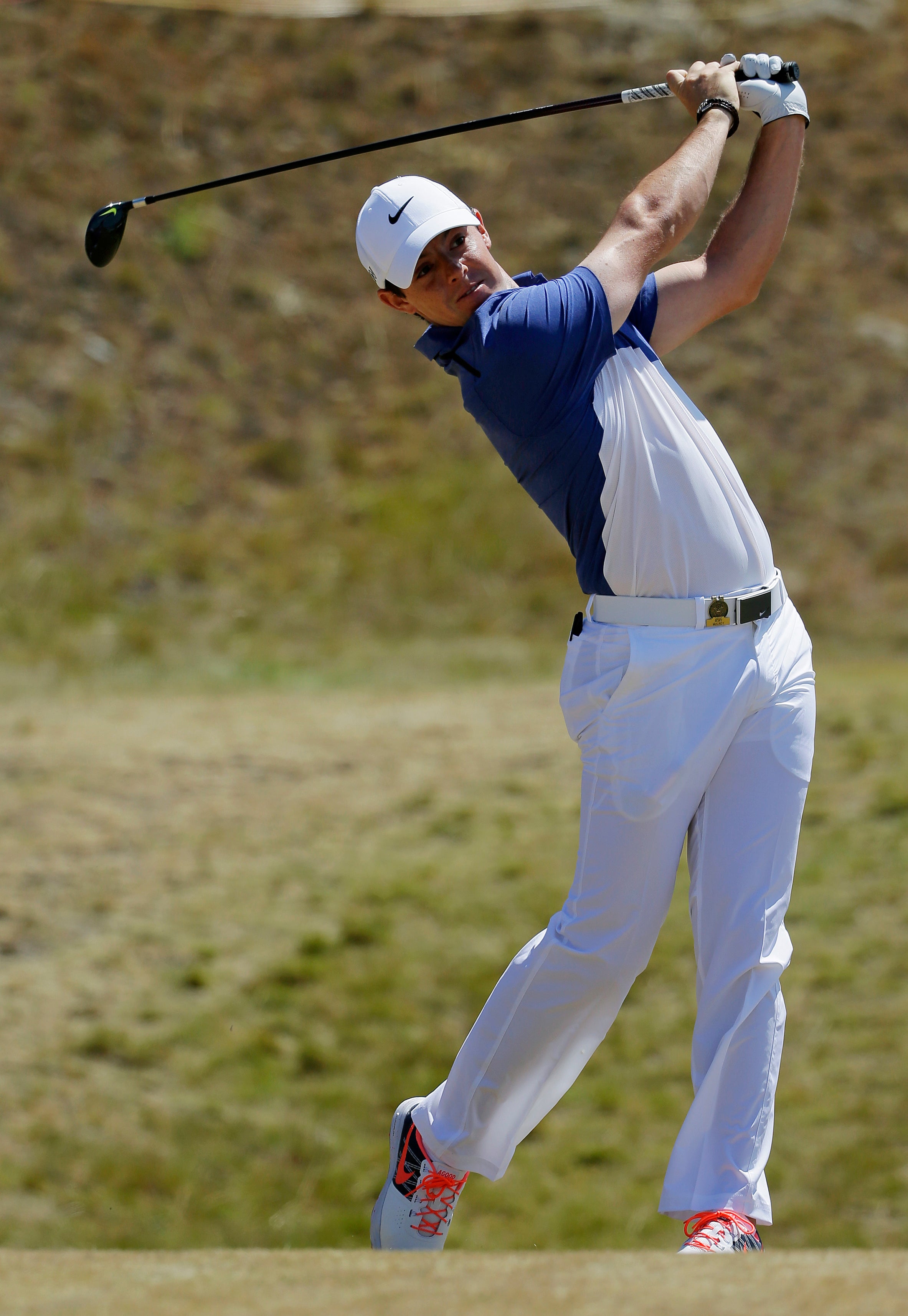 FILE - A Sunday, June 21, 2015 file photo of Rory McIlroy, of Northern Ireland, watching his tee shot on the fifth hole during the final round of the U.S. Open golf tournament at Chambers Bay in University Place, Wash. World number one Rory McIlroy has
AP Photo/Ted S. Warren, File

The “Will He or Won’t He” saga of Rory McIlroy and the PGA Championship appears to be coming to a close.

McIlroy posted a photo to his Twitter account Friday morning from the inside of an airplane, and the No. 1 player in the world elected to not use words and letters, but instead the popular Internet language of emojis. His string of emojis began with the flag of Portugal (where he was taking off from) and included an airplane, the United States flag, thumbs up, peace sign and finally a golf course.

Does that mean he’s defending his title in next week’s PGA Championship? Judged by itself, maybe not, but as the fourth post this week teasing his return, all signs point to yes. McIlroy is already in the PGA Championship field, and he will have up until his Thursday tee time to decide whether or not he will be officially competing in the event.

Friday’s post added to a weeklong barrage of social media posts from McIlroy as the golf world waits to hear if he has fully recovered from the ankle injury he suffered one month ago. It began with a video of McIlroy working out to test the ankle, continued with another post showing the severity of bruising and swelling before a video of him hitting driver full speed.

The only way to truly end the speculation is for the final post to show McIlroy standing in front of the entrance to Whistling Straits. Until then, we can only hope.

Working hard every day to come back stronger #dontmindthegrind

4 and a half and 3 and a half weeks ago respectively… I’ve come a long way since.