Why Rory McIlroy is still the PGA Tour’s greatest asset 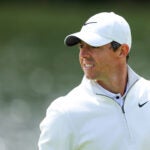 Rory McIlroy during the 2022 Players Championship.

We, the Pro Golf Loving Populace, are missing out on a compelling press conference this week. Rest assured, what Collin, Xander, Jordan and Jon have to say on Tuesday will be interesting. But their words rarely hit quite as hard as that of Rory McIlroy, the best speaker on the PGA Tour. Or, those same words ordered more appropriately, the PGA Tour’s best speaker.

McIlroy is taking a break this week, skipping the WGC-Match Play for the first time in his career, during which he would have definitely sat in front of a microphone and a room full of reporters and been asked about Greg Norman’s announcement of eight, mega millions golf events. Why? Because McIlroy has proven to own one of the strongest opinions against exactly that. He also would have been asked to discuss the secondary news of the week: how he recently brought a proposal of another upstart league to the PGA Tour’s policy board.

In mid-February, according to various reports, McIlroy was sent a proposal by the Premier Golf League — a separate but equally as interested entity — and in early March he was just doing his job by bringing it to the board. It’s a radical proposal, too, as much as Greg Norman’s is. You can read more about it all here, as it was first reported by the Fire Pit Collective, but stick around for a major point buried within: the proposal was addressed to McIlroy first, not Kevin Kisner, James Hahn or Charley Hoffman, the three other players on the board. If Charley Hoffman elevates an issue on Tour, does it make a sound? And if so, what does it sound like?

Perhaps most importantly, the proposal was sent to McIlroy the first day he held a board seat, February 14. Sure, the memo intended “onward distribution” to the rest of the board, but this was the most literal example of outside influence, the kind with boatloads of money and a handful of novel ideas, pinpointing McIlroy as the key figure to influence pro golf. And they weren’t wrong to do so.

When Rory speaks, everyone listens. Players take note, journalists write, broadcasters add it to their archival memories, etc. He is endlessly relevant, as evidenced by his 3rd place finish in the Player Impact Program, behind just Tiger Woods and Phil Mickelson. Occasionally McIlroy’s answers are repeated as evidence in questions to other players, and even in questions to Tour commissioner Jay Monahan. And when all those people talk about Rory’s thoughts, we write about him once again. The only player whose name showed up in more headlines than McIlroy last year was Woods.

Want an idea of where the Tour sees itself in three years? Ask McIlroy. He’s seen the forecasts for revenue coming down the pike. First, he dumbed it down for all of us: “I mean, there’s a ton of guys out here that are going to get rich if they play well, put it that way.”

Next, he clarified how risky it would be for young players to ignore it: “Maybe they’re not educated enough on it, maybe they’ve got people in their ear that’s giving them misinformation, but the numbers are right there in front of you. The Tour’s financials are audited independently every year, this is what they are. And I’ve seen everything, I’ve been through it.”

His positioning during press conferences is careful, plausibly performative, extremely relatable and without a doubt smart. When the idea of a “Super League” was broached a month ago, McIlroy stared over a room full of reporters and said bluntly, “Not so Super League.”

McIlroy is among the few who can get away with a quip like that because: 1. He’s extremely comfortable with who he is and what he believes in — many pros are taught to silence instincts and think of sponsors first — and 2. he often adds lyrical context to affirm his points.

He knows the Tour’s media rights deal. He knows the Tour’s financial documents include things as complex as thousands of retirement plans for independent contracting players, and as simple as the visors sold at TPC Sawgrass. He understands why Phil Mickelson wants a bigger piece of the money pie distributed on Tour, and isn’t afraid to say it. (McIlroy deserves a piece just as large!) But he also has long rationalized the entertainment side of this equation. What’s great for the players isn’t always great for the fans, and what’s appreciated by fans isn’t always so delightful for the players. Somewhere in the middle of that spectrum is the current iteration of the PGA Tour.

Elsewhere on it is that PGL proposal, and elsewhere again is LIV Golf Invitationals. What better conduit for PGA Tour Player No. 79 and 128 and 181 and 207 to get exactly what they want and deserve than one of the game’s best players interested in finding that happy medium?

It is time to note that this can happen for any well-versed Tour pro. But understandably, most of them concern themselves solely with the golf ball teed up in front of them. Dozens of pros have hid behind the clause I have people who handle those discussions for me. The aforementioned Xander and Collin are two on that list.

McIlroy has instead taken it upon himself to become the Tour’s own Speaker of the House, repeatedly using the mic to speak loudly over the whispers of breakaway leagues. He’s been approachable, reasonable, forthright and above all of that quite proud of his administrative role — qualities we want in all our government leaders.

It’s just that nothing was whispered last week. And moving forward, few things about LIV Golf Invitationals will be muted. So as tired as McIlroy may be of answering the questions, they’re going to keep coming. Luckily for us, he’s playing next week, at the Valero Texas Open, for the first time in nine years. Surely with plenty of thoughts to share.