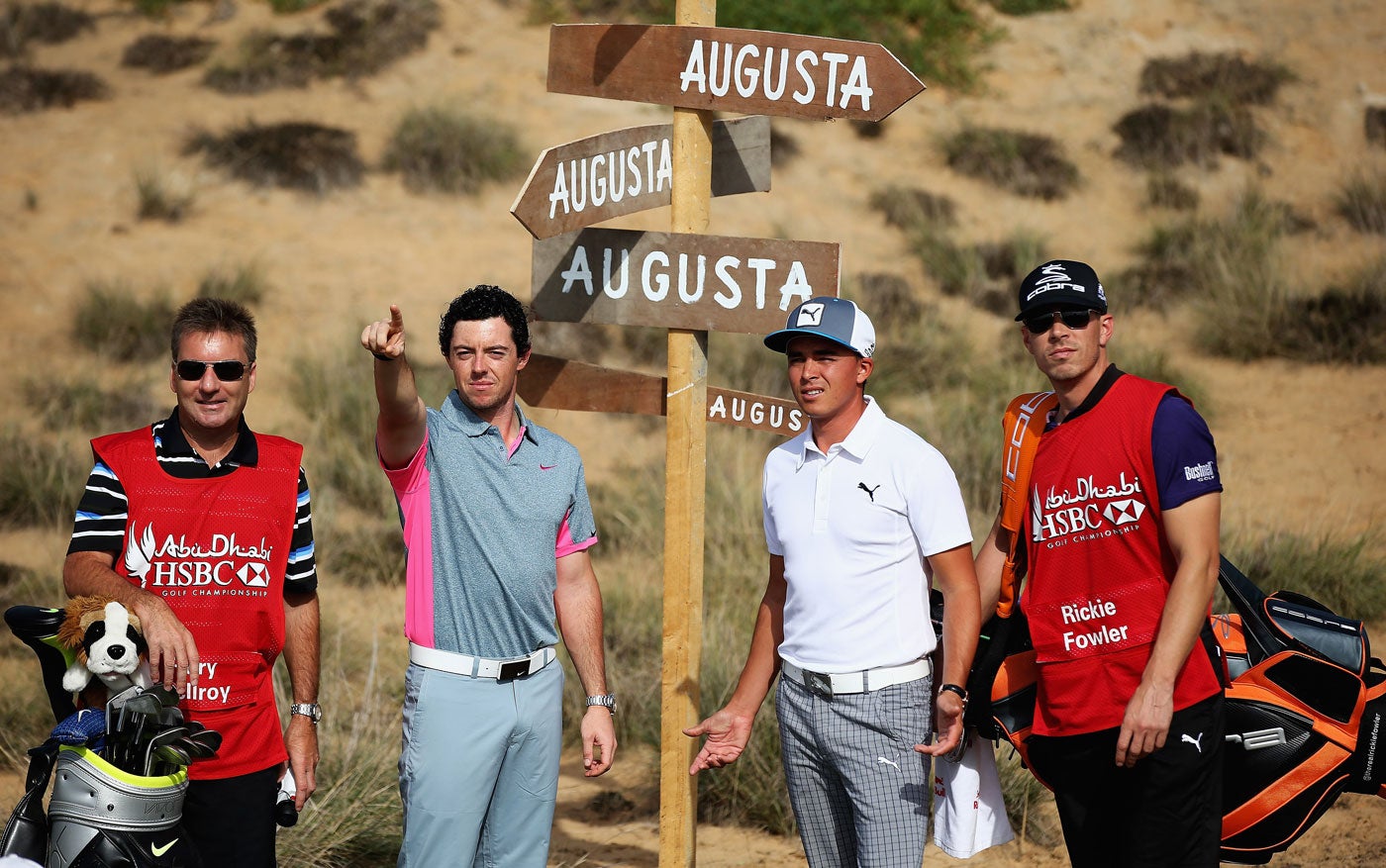 Rory McIlroy isn’t divulging what is on his list of seven goals for 2015 that he jotted down on the back of his boarding pass on a flight to Dubai last week.

Completing a career Grand Slam at the Masters in April? Surely that was No. 1. A court case against his former management company, scheduled for February, is also a defining early year date for the world’s top-ranked player.

Winning this week’s Abu Dhabi Championship may not have been on the list, but it would end years of frustration for McIlroy at what has become his traditional year-opening tournament.

McIlroy has finished second at Abu Dhabi Golf Club in three of the last four years. On two of those occasions, he was hit with rule penalties that ultimately cost him victory.

”One of the goals this week is just to have no penalty shots when I don’t need them,” he said. ”And see where I end up at the end of the week.”

Losing out to Spain’s Pablo Larrazabal in a thrilling end to last year’s tournament was one of the few regrets for McIlroy in a stunning 2014.

He won the British Open and the U.S. PGA Championship to double his tally of major titles, returned to the top of the rankings, and was one of the stars of the European team that retained the Ryder Cup at Gleneagles.

”I didn’t achieve everything that I wanted to last year,” he said.

It has become something of a ritual for him to write down his objectives for the season on his boarding pass on his flight out for his first tournament of the year. He puts the list in his wallet and memorizes it.

”I’ll take that boarding pass out at the end of the year and see how well I’ve done,” McIlroy said.

”I feel 2014 has really set me up for another great year. I’m coming in with a nice little bit of momentum, and (my) game is feeling good.”

With McIlroy having had a month off, his rivals in Abu Dhabi will hope Boy Wonder is rusty.

It is another strong field, with No. 2 Henrik Stenson, U.S. Open champion Martin Kaymer, No. 6 Justin Rose and American star Rickie Fowler – making his debut in the desert – among the other entries.

McIlroy and Fowler are in the same group for the first two days, marking the first time they have played together since the singles at the Ryder Cup. McIlroy put on an awesome performance that Sunday, winning 5 and 4.

”It’s a golf course I’ve always felt comfortable on, one that has suited me, and I have played well here,” McIlroy said. ”This is my eighth year in a row starting the season off here, so I’m pretty familiar with the place, and looking forward to another strong start to the season.”