Rory McIlroy Is Back, Prepares for Showdown With Jordan Spieth 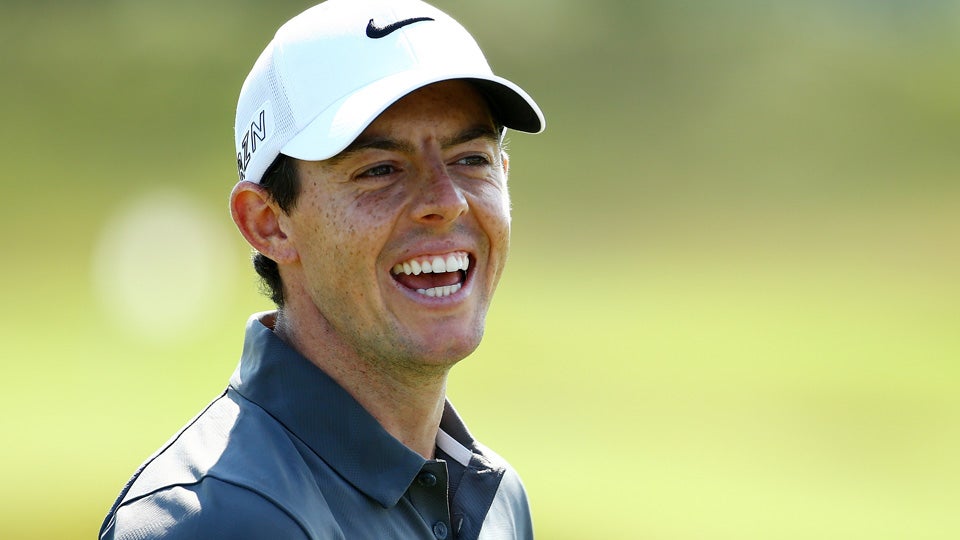 HAVEN, Wis. – Rory McIlroy bugged his eyes, took a breath and began trying to think on his much-discussed feet (and ankles). Sitting with the press at the PGA Championship at Whistling Straits, he had just been asked golf’s new burning question:

Who is the best in the game, McIlroy or Jordan Spieth?

“I mean if you go by this year,” McIlroy began, “you’d have to say Jordan. I would say if you go over the last two years, it’s probably a toss-up between Jordan and myself. That’s a hard one.”

Remember when McIlroy was the 1, 1A and 1B of golf? When he used his firepower to run away from the field at the British Open at Royal Liverpool, and closed out the PGA at Valhalla in the dark as he played up on Phil and Rickie on 18? It’s not that McIlroy has fallen off the map. He has won two tournaments this year, but good luck finding anyone who can name them (WGC-Cadillac Match Play, Wells Fargo). Spieth has simply eclipsed everyone and everything in 2015, mostly with his play but also because McIlroy accidentally knocked himself out of action.

Last time we saw him, the (still) nominal world No. 1 was rocketing up the leaderboard at the U.S. Open at Chambers Bay, where he shot a final-round 66 to tie for ninth place—five shots behind winner Spieth. That was on June 21. McIlroy, 26, seemed to at least be trending in the right direction for a good showing at the British Open at St. Andrews—until he ruptured ligaments in his left ankle playing soccer with friends on July 4.

The mishap knocked McIlroy out of both the British (where Spieth, now 22, nearly won his third straight major) and last week’s WGC-Bridgestone. But now, five weeks later, Mac is back.

Among the big takeaways from his press conference here on Wednesday: He went for a 20-minute run Wednesday morning, with no ill effects, and he felt no pain and suffered no swelling as he walked 72 holes on the ankle in Portugal last week.

“That was basically like my fitness test,” McIlroy said. “Four days in a row, 72 holes, playing with no pain, no swelling, no anything like that. Then we knew that okay you’re ready to go. If I hadn’t passed that test, then I wouldn’t have been here.

“We did contemplate maybe trying to [come back] at the Bridgestone,” he added, “but doing that in front of guys in the media, the eyes of the world, it probably wasn’t a great idea.”

Some of McIlroy’s peers don’t sound convinced that it’s such a good idea for him to return at hilly, slippery Whistling Straits.

“He’s so young and healthy that he’s going to come back strong,” said the oft-injured Jason Day, “but I just get worried sometimes when people get injured and come back a little early because sometimes it can snowball and go other places.

“It may start in an ankle,” Day continued, “it could go to a knee, or could go to a hip, it could go to the back. There’s just a number of things that can possibly go wrong, because if you come back a little earlier and the movement patterns are different, you are moving differently compared to what you used to, it changes your swing just a little bit, it could snowball into something else and start hurting another part of your body.” 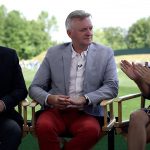 “And then, obviously, this is going to be tough,” Woods added. “This is going to be a tough golf course, if you miss the golf ball a little bit. And even the walks, from tee box to fairway, they’re not straight. They’ve got a little angulation. And it’s just a matter of how can he hold up. As far as his talent and to be able to play golf, that’s not going to be a problem. He understands how to play. It’s a matter of physically can he do it.”

McIlroy, Spieth and Zach Johnson are scheduled to go off the first tee at 1:20 p.m. Thursday, and their contrasting styles will be among the many reasons it should be a compelling group. McIlroy is long off the tee, Spieth is not as long, and Johnson is a true medium-length hitter. Although it’s often said that Whistling Straits favors big hitters like Dustin Johnson and Bubba Watson, Zach Johnson finished a shot out of the playoff in 2010, and non-bombers Chris DiMarco and Justin Leonard nearly won in ’04.

Momentum, of course, favors Spieth, who is in the midst of a season for the ages: Two majors (Masters, U.S. Open) among his four wins; 13 top-10 finishes; and $9.3 million in winnings.

“Whenever you see someone put together a season like this,” McIlroy said, “of course you become motivated. But as well you’re inspired. I think the performances that he put in at the Masters and the U.S. Open and even at St. Andrews when he was so close, you know, they were inspirational performances.”

As for golf’s new burning question, the thorny one about who is the best player, well, um, uh, the answer didn’t come easily.

“That’s a hard one,” McIlroy said. “It’s all—okay, we’ve got the rankings there, but it’s all a matter of opinion.”

He went on, perhaps hoping to stumble upon an answer if he just talked long enough. Alas, he never really did and was forced to circle back around to, “It’s all a matter of opinion at this point.”

“Your opinion,” his questioner pressed.

Again, McIlroy bugged his eyes, took a breath and laughed.