Rory McIlroy Is All Anyone Is Talking About At Scottish Open 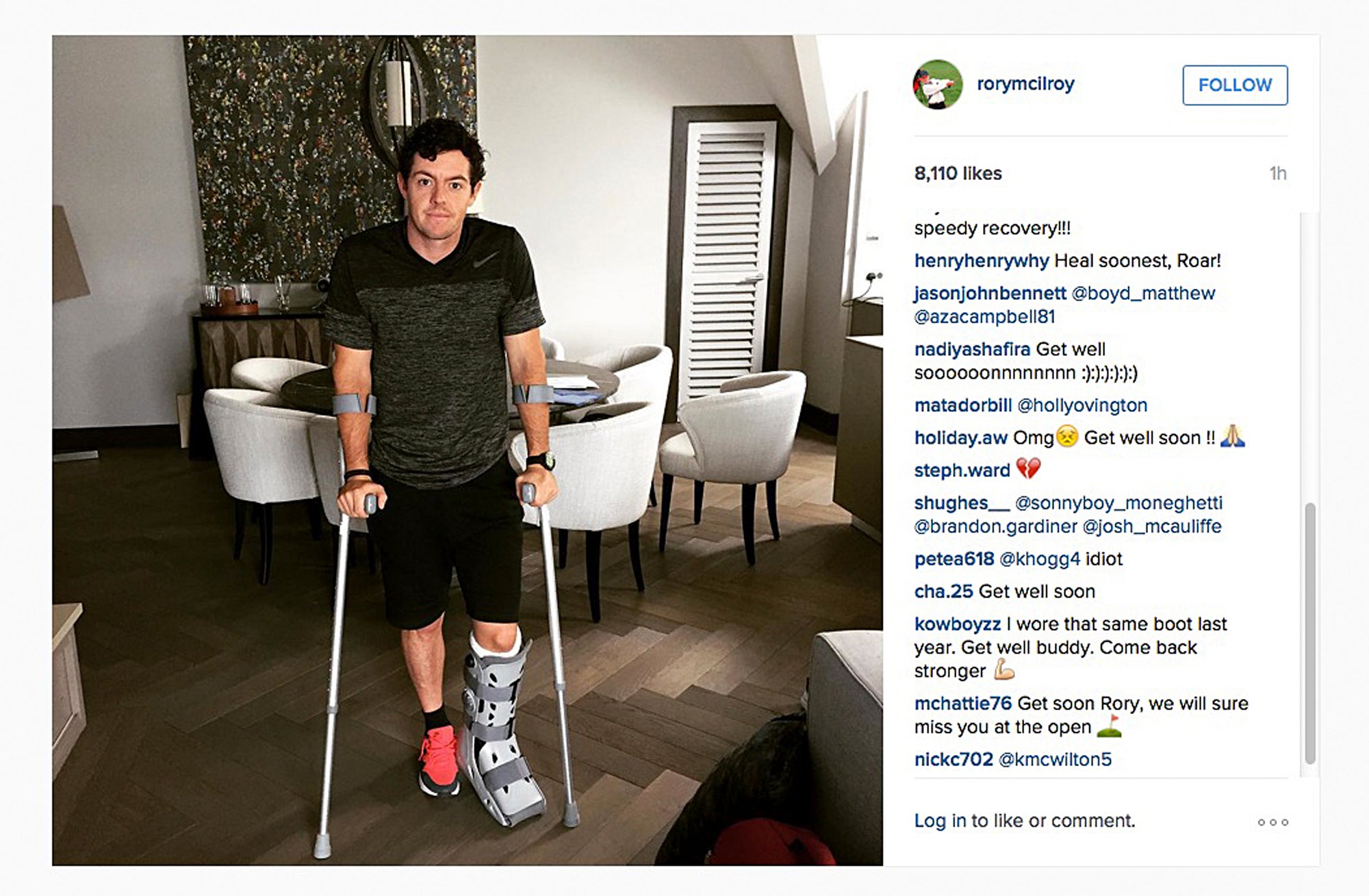 In this image released Monday July 6, 2015 by world number one golfer Rory Mcilroy shows him as he poses on crutches and with his left leg in a medical support. McIlroy ruptured a ligament in his left ankle while playing soccer less than two weeks

GULLANE, Scotland (AP) — All the talk at the Scottish Open is about a player who isn’t even here this week.

Rory McIlroy was supposed to be the main attraction at the tune-up to next week’s British Open at St. Andrews. But the golf-loving Scottish public has been denied the sight of the world’s top-ranked golfer after he injured his left ankle in a soccer kick-about with friends at the weekend.

McIlroy pulled out of the tournament at Gullane on Monday and is a doubt for the defense of his Open title, as he is currently on crutches with a walking boot on his injured ankle. No wonder he’s been the hot topic of conversation ahead of the first round on Thursday.

”Hindsight is a wonderful thing,” said Justin Rose, the defending Scottish Open champion. ”It’s probably the last time he plays football in the middle of the season.”

For Rose and the rest of a strong field, which includes Americans Phil Mickelson, Rickie Fowler and Matt Kuchar, the absence of the four-time major winner boosts their title chances over the links on Scotland’s east coast.

Kuchar, however, doesn’t think his chances have been boosted much.

”We are not playing tennis … it’s not like (Novak) Djokovic is now out of the draw and now everybody can breathe easier,” the 17th-ranked Kuchar said. 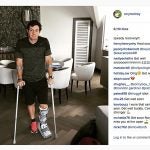 ”You’ve got a golf course here that everybody plays against. If you are worried about one guy, you’re probably not going to be around here very long.”

Given that the Scottish Open is clashing with the second week of Wimbledon, tennis is on players’ minds. Rose was in the Royal Box on Centre Court at the All England Club on Saturday, marveling over the mental strength of Andy Murray and the calmness of Roger Federer, Rose’s sporting idol.

Rose is fully focused on his day job now, though, and is bidding to become the first player to retain the Scottish Open title.

The 2013 U.S. Open champion’s past two appearances in Scotland have been mightily successful – he won the Scottish Open by two shots at Royal Aberdeen last July after a final-round 65 and then was the European team’s star player in a Ryder Cup win over the United States at Gleneagles in September.

Another win this week will be good going – by late Tuesday afternoon, he hadn’t even played the course.

Gullane is hosting the Scottish Open for the first time. The 133-year-old course is a short walk from British Open venue Muirfield, and this year’s event is being played over a composite of the club’s No.1 and No.2 courses, totaling 7,133 yards (6,524 meters) for a par 70.

The past four British Open champions prepared for the third major of the year by playing the Scottish Open the previous week, perhaps explaining the depth of the field.