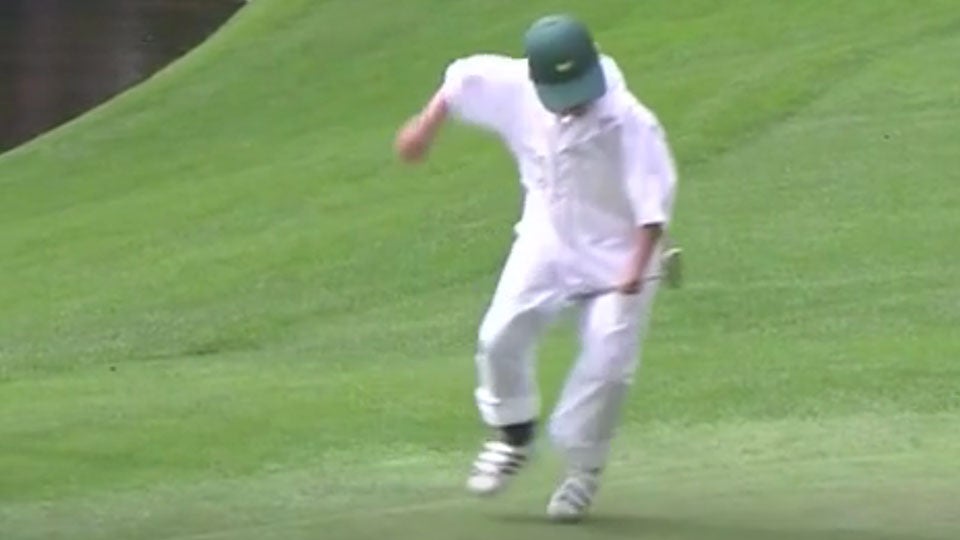 In brutal conditions at Royal County Down, Denmark’s Soren Kjeldsen did just enough to win the Dubai Duty Free Irish Open Hosted by the Rory Foundation.

Kjeldsen led by two at the start of the final round, but his advantage was wiped out early on Sunday as he opened with two straight bogeys. From that point it was a battle for survival over the challenging Northern Irish Links.

Just four players broke par in the last round and only five players ended the week in red numbers. Eddie Pepperell was one of those to break par on Sunday and his 69 helped him set the clubhouse lead at two-under-par.

Austria’s Bernd Wiesberger matched that mark and so too did Kjeldsen. Despite closing with a five-over-par 76, the Dane was able to make it a three-way playoff for the title.

The trio returned to the par-5 18th to settle the event via a sudden-death playoff. It lasted just one hole as Kjeldsen made a solid birdie four that the other two were unable to match.

Four things we learned at the Irish Open:

1 – Soren Kjeldsen returned to the European Tour winner’s circle for the first time since he claimed the Open de Andalucia in 2009. This was the 40-year-old’s fourth European Tour title. The victory earned him almost €600,000 and has pushed him up almost 200 places on the Official World Golf Ranking – into 105th spot. His final round of 76 was the highest ever by a winner in the Irish Open. Before this week, Kjeldsen’s best finish on the 2015 European Tour was a tie for ninth in the Open de Espana. 2 – The Open. Three non-exempt players earned themselves starts in The Open Championship at St. Andrews this July. To gain a spot players not already in the field for the year’s third Major had to finish in the top-10 at Royal County Down. Kjeldsen was the first to gain a place and Englishmen Eddie Pepperell and Tyrrell Hatton gained the other two spots.

3 – The course at Royal County Down was the real star of the show through the week. Changeable, cold weather made the test a stringent one and many of the players struggled to adapt to the conditions. The layout, shortened to under 6,900 yards for the final day, proved that courses don’t have to be hugely long to present a formidable challenge.

Related: Royal County Down is ranked second on Golf Monthly’s list of the top-100 courses in the UK and Ireland

4 – Rory McIlroy was tournament host this week and the extra, off-course responsibilities didn’t seem to help his game. For the second straight week, the World Number 1 missed the cut with something to spare. His first round of 80 at Royal County Down included nine bogeys and no birdies. His putting was desperate on the first day and, until the final green, he holed nothing of more than a few feet. It was Rory’s fifth tournament in a row so fatigue could well have had something to do with his disappointing performance. “I’m not saying I felt flat out there, but trying to muster something up to get myself going and get some sort of momentum was sort of difficult,” he admitted after missing the cut.

One thing we do know is that Rory has a new girlfriend – 29-year-old Floridian Erica Stoll. The pair were pictured hand-in-hand at Royal County Down.

Related: Why has Rory missed the cut at the last three Irish Opens?