Only a week after he reportedly settled a lawsuit with a former management company for nearly $30 million, Rory McIlroy and his money are making headlines again.

Along with fellow Northern Irish golfer Graeme McDowell and several British soccer stars, McIlroy has reportedly been caught up in a probe of a tax-relief program designed to enhance run-down urban areas. Tax authorities are investigating whether investors in the government program unfairly exploited it for tax relief.

The tabloid Daily Mirror has the story, claiming that McIlroy and McDowell are among a group of investors who put at least £10 million into a project on Stanley Dock in Liverpool that would provide tax relief to the investors. Her Majesty’s Revenue and Customs, the tax collecting arm of the United Kingdom’s government, is running the investigation and has warned that the involved parties may receive “accelerated payment notices,” which could force investors to pay back up to 70 percent of the tax relief within 90 days. There is no suggestion that any of the investors knew how the complex schemes were operated, and none of the practices are illegal. 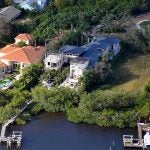 The money paid back would be refunded if the scheme—run by Valhalla Private Client Services—is deemed legitimate.

McIlroy and McDowell were both previously managed by Horizon Sports Management. Last week McIlroy settled a bitter legal dispute with the company, from which he split last year. McDowell set up his own management company at the end of 2014.