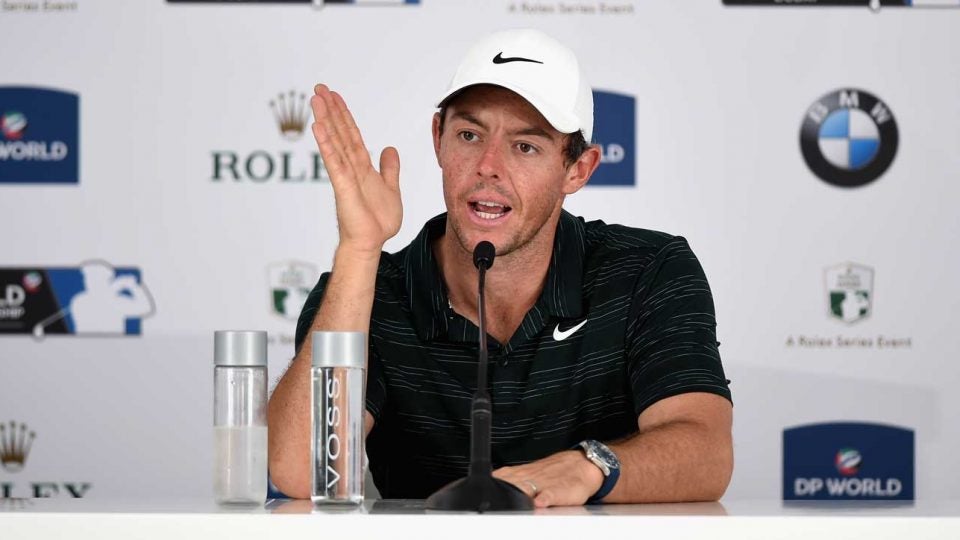 Rory made clear he'll make every effort to be on Team Europe in the 2020 Ryder Cup.
Getty Images

European Tour fans are going to be thirsty for some Rory McIlroy by the time the British Open rolls around. The Northern Irishman only plans to play a couple of Euro Tour events before July, due to the changes in the PGA Tour schedule for 2019.

With the Players Championship moving to March and the PGA Championship moving to May, McIlroy’s typical schedule is thrown off. The flagship Euro Tour event, the BMW PGA, has thereby been moved to September. So if McIlroy is intending to play the same events he always has, his schedule would be roughly February through September. That’s a lot of golf, and the 28-year-old is plenty aware.

“The way the schedule has worked for next year, it is going to be different for a lot of guys,” McIlroy said Tuesday, according to the AP. “Everything is going to be so condensed between March and August, and that is why I am taking a big offseason to get myself ready … then go at it hard from March all the way through to basically the end of the season.”

This schedule creates one particular dilemma for McIlroy. It puts his European Tour membership in jeopardy. Beyond the majors and the World Golf Championships, McIlroy would have to play four Euro Tour events. As of now, he’s made clear he’s only committing to two. Sure, other events could follow, but at the moment, losing Euro Tour membership is OK with him.

Why? Well, it’s a Presidents Cup year, not a Ryder Cup year, in which that membership is key to his availability for Team Europe.

“If it were to be that I don’t fulfill my membership,” McIlroy said, “it’s not a Ryder Cup year so it’s not the end of the world. I am always going to want to play the Ryder Cup and I will try and make the team the year later.”

One additional schedule note for McIlroy was his intention to play the Tournament of Champions in January in Hawaii. Though he has won 14 PGA Tour events in his career, McIlroy has never played that kickoff event. Look for him to hit some mammoth drives like Dustin Johnson did last year.