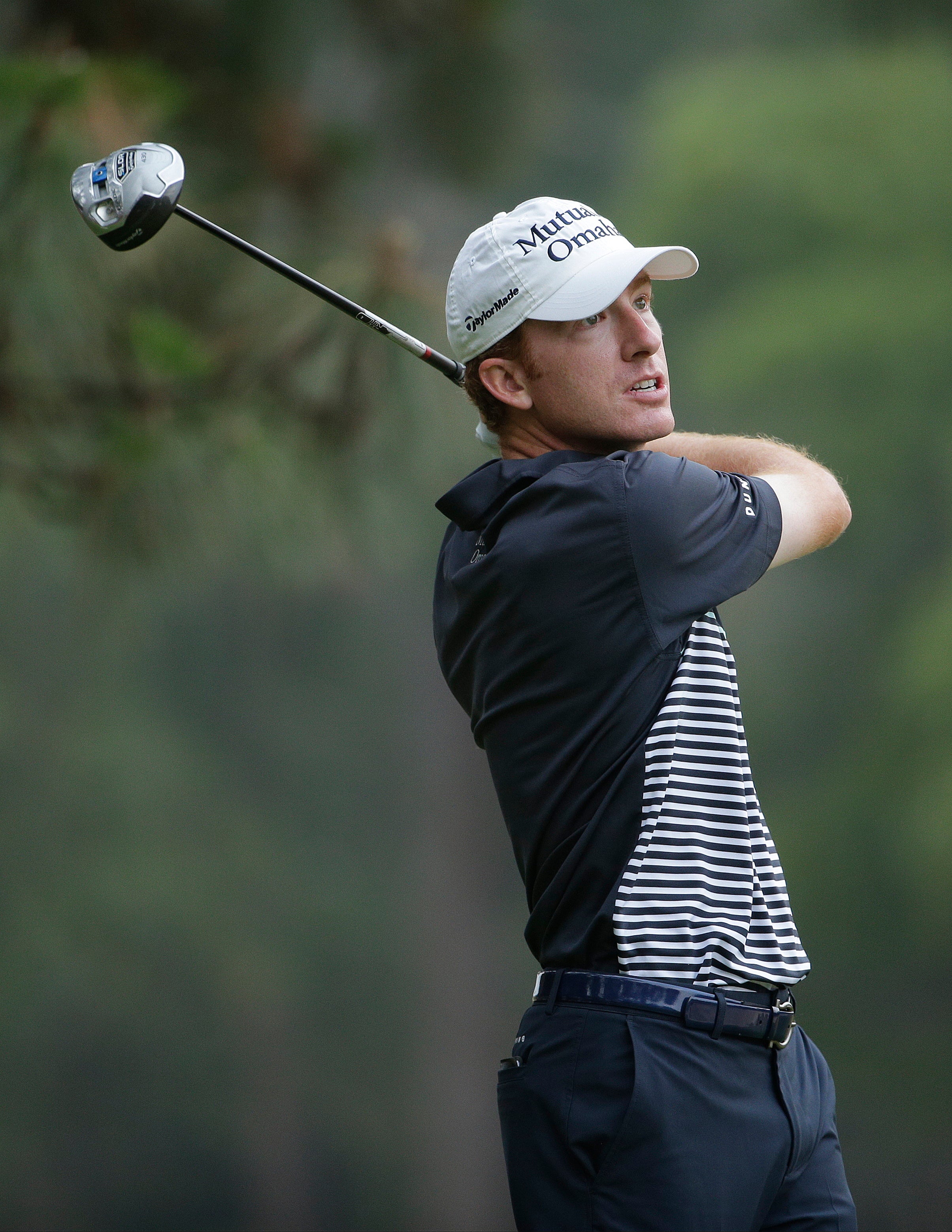 Roberto Castro watches his tee shot on the second hole during the first round of the U.S. Open golf tournament in Pinehurst, N.C., Thursday, June 12, 2014. (AP Photo/Chuck
AP Photo/Chuck Burton

Castro birdied the par-4 15th and 16th holes and closed with two pars to finish at 7-under 206 on Ohio State’s Scarlet Course. The 30-year-old former Georgia Tech player has played the PGA Tour the last four seasons, but slipped to 188th in the FedEx Cup standings to drop into the series that replaced Q-school.

The tournament is the third of four events for the top 75 players from the Web.com Tour money list, Nos. 126-200 in the PGA Tour’s FedEx Cup standings and non-members who earned enough money to have placed in the top 200 had they been eligible to receive points.

The top 25 players on Web.com Tour regular-season money list earned PGA Tour cards. They are competing against each other for tour priority, with regular-season earnings counting in their totals. The other players are fighting for another 25 cards based on series earnings, with Castro entering the week tied for 11th with $30,118. Last year, Eric Axley took the 25th card with $36,312.

Harold Varner III, Robert Garrigus and Zack Fisher were tied for second at 5 under. Varner had a 66, Garrigus shot 67, and Fisher 69.