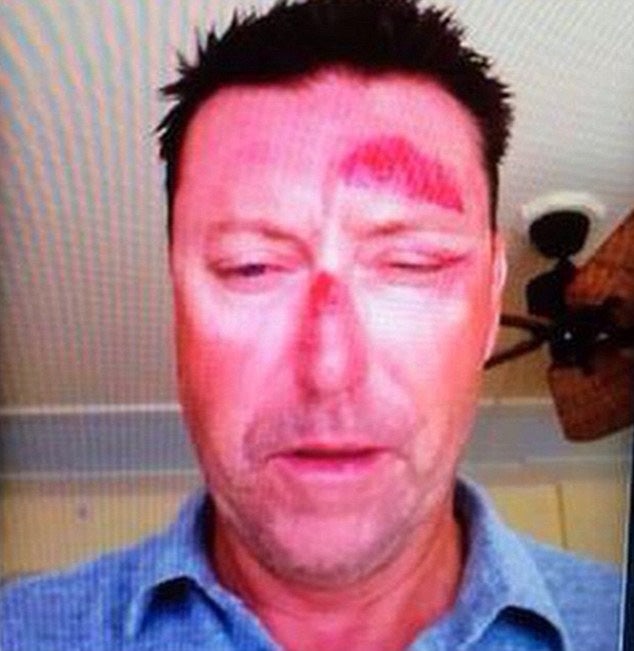 Robert Allenby was allegedly abducted, beaten and robbed at a bar in Honolulu.
Golf Channel

Australian golfer Robert Allenby was kidnapped, beaten and robbed Friday night in Honolulu after playing in the Sony Open, according to his caddie, Mick Middlemo.

Middlemo told the Golf Channel’s Steve Sands that Allenby was kidnapped from a wine bar in Waikiki where he was drinking with Middlemo and another friend. Neither Middlemo nor the friend, Anthony Puntoriero, were with Allenby when he was allegedly abducted.

Allenby was later dropped off at a park six miles away after sustaining significant facial injuries, Middlemo said. He was missing his cell phone and wallet, including his cash and credit cards, he said.

According to Middlemo, Allenby awoke groggy and with no recollection of what had happened to him. He was picked up in the park by a retired military individual and returned to the Kahala Hotel, where he had spent the week near Waialae Country Club.

Allenby later described the incident to the Australian Associated Press.

“I didn’t think I was going to survive this one,” Allenby told AAP.

“I was separated from my friend in the bar after we had paid the tab at 10:48 p.m. and he went to the bathroom and next thing you know I’m being dumped in a park miles away.

“I only know this part because a homeless woman found me and told me she saw a few guys pull up and throw me out of the car. That is where I got the scrapes above my eye from the sidewalk.”

Shaken and in a bad way Allenby realized he was without his phone, wallet or any cash and was starting to be harassed by other homeless people in the park.

“The homeless woman got me away from the others and then a retired military guy walking past came to my aid,” he said.

“He got me into a taxi and paid for me to get to my hotel and I called police from there. I have his details and will be getting back in touch with him for sure.”

The four-time PGA Tour winner has been assisting police and PGA Tour FBI officials with inquiries.

Allenby, 43, missed the cut at the Sony Open after two rounds of 71. He is currently ranked 271st in the world.

Medically, I thankfully didn’t suffer anything major beyond some bumps and bruises that will take a bit of time to heal. My plan currently is to fly back to the mainland and at that point, evaluate my ability to play next week at the Humana Challenge. Whatever the outcome regarding my ability to play next week, I anticipate a successful rest of the 2014-15 PGA TOUR season.

Any updates on the investigation will come from local law enforcement.

UPDATE (Jan. 19, 2015): According to Australia’s 9News, the homeless woman who found Allenby after he says he was kidnapped, beaten and robbed on Friday night in Honolulu is disputing key details of his account. She told police that she saw the 43-year-old golfer one block away from the wine bar — not several miles away as Allenby claims — and that he offered $500 to two men to return his belongings, but “the men became aggressive and Allenby was put into a taxi by a passerby.”