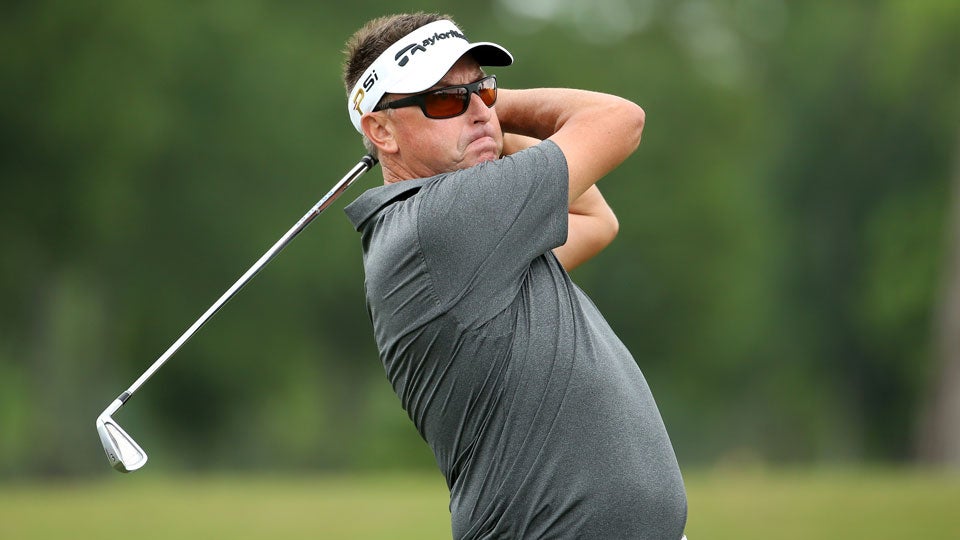 Robert Allenby has not won a PGA Tour title since 2001.
Getty Images

Robert Allenby has returned to Australia, aiming to revive his career after troubles on and off the golf course over the last two years.

The 45-year-old Allenby on Wednesday said he’d contemplated quitting “a thousand times” and gone through periods where he didn’t want to be seen in public.

He missed the cut in 21 of the 23 tournaments he played last season on the PGA Tour, including the Sony Open — the Hawaiian venue where he had an infamous night out in January 2015.

Allenby was found with severe bruises several hours after visiting a restaurant with friends after missing the cut at the Sony Open in 2015, and later claimed to have been abducted and beaten. As serious questions were raised over his version of events, Allenby admitted he couldn’t remember a long period of the night and must have been drugged. A Hawaii man was later sentenced to five years in prison for using Allenby’s credit cards and identification.

“That was by far the lowest point. Just the attention that it caused,” Allenby, who is playing at the New South Wales Open in Sydney this week, was quoted as saying by the Australian Associated Press on Wednesday. “I still stick by my story because detectives and (I) know and even today it’s the same story.”

“It really became a very stressful thing for me and that’s when the reality of quitting was really high on the list,” he said.

Support from his wife and family “just pulled me back,” he said, “Otherwise I would have gone a year ago.”

There have been other off-course issues this year, including a spat with a caddie and allegations — which he described as a “farce” — of disorderly conduct outside a casino in Rock Island, Illinois, in August after missing the cut in the John Deere Classic.

Now that he’s back on home soil, though, he is hoping his performances on the course are the focus of attention during the Australasian tour.

He won Australian golf’s triple crown — the national Open, Masters and Australian PGA — in 2005, and wants to “prove the critics wrong” by topping the tour’s order of merit to gain an exemption for next year’s British Open and more tournaments on the PGA Tour.