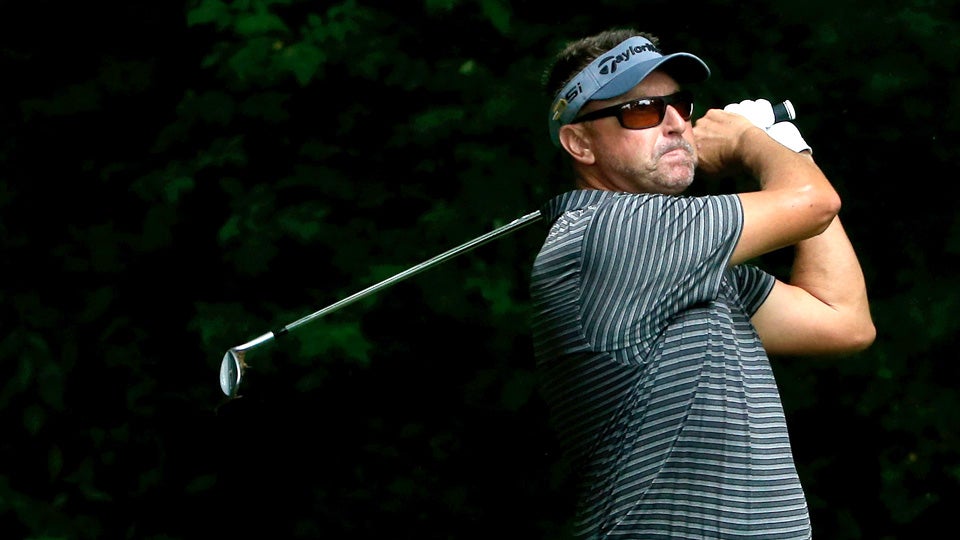 Robert Allenby missed the cut at the John Deere Classic and was arrested early Saturday morning outside of a casino.
Getty Images

Robert Allenby is in the news yet again for something that happened off the golf course.

According to Rock Island police department arrest reports obtained by WQAD Quad Cities, the 45-year-old Australian was arrested outside Jumer’s Casino in Rock Island, Ill., at about 2:30 a.m. Saturday, not long after he missed the cut at the John Deere Classic. Allenby was charged with disorderly conduct and criminal trespassing, according to the report. His bond was set at $1,500.

Allenby, who has missed the cut in 20 of his 22 events played this season, made headlines at the 2015 Sony Open in Honolulu when he said he was kidnapped, beaten and robbed after leaving a wine bar. Despite the bizarre tale, Allenby stood by his story.

Then, in July 2015, Allenby fired caddie Mick Middlemo mid-round during the RBC Canadian Open. Middlemo claimed he was verbally abused.