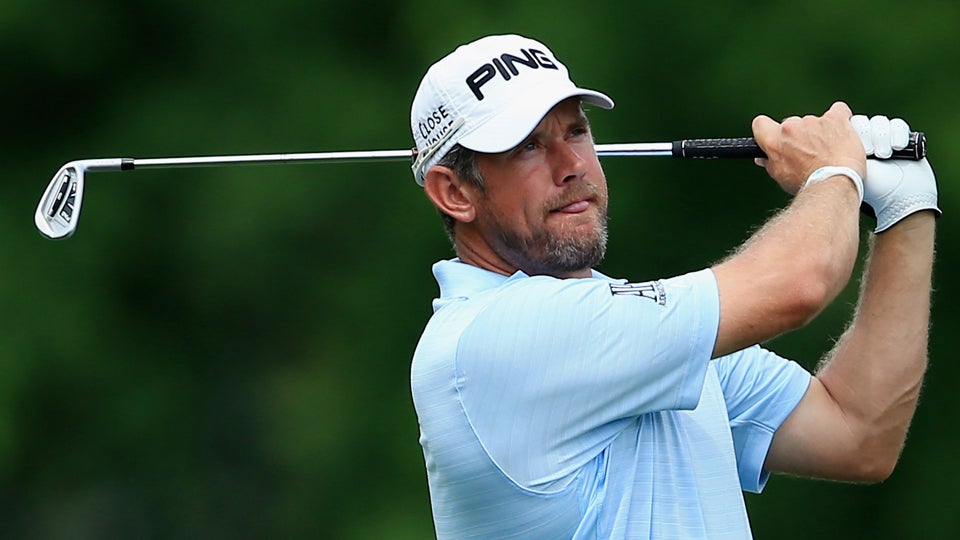 Danny Lee shot a 63 on Thursday, but he was 10 strokes higher at Spyglass Hill on Friday.
Harry How/Getty Images

As she sat in the back row of her Methodologies in Communications Research class—in a subterranean classroom beneath UCLA’s public-affairs building, during a lecture that touched on reverse causality versus exogenous confounders—Alison Lee put down her pen and blurted out a profound realization: “Oh my gawd, I need to book my flights for Asia!”

This is the dual reality of a talented 22- year-old who’s both a budding LPGA star and a fun-loving undergrad immersed in college life. In two years on tour, Lee has already played in a Solheim Cup and made more than $1 million between the ropes, to say nothing of a healthy endorsement portfolio. Yet she shares a bedroom with a friend in a modest Westwood apartment that’s crammed with three other young women. They call it the “Babe Cave.” There are no golf mementos, but the apartment boasts two trophy cases of a different sort: floor-to-ceiling bookcases filled with empty bottles of a wide variety of alcoholic beverages. “That’s just since the start of the fall quarter,” Lee says of the decoration. “It is literally beautiful.”

While her LPGA colleagues live out of lonely hotel rooms, Lee spends many of her evenings among the madding crowds at the Delta Gamma house. When she went through Rush Week, she didn’t tell any of the sororities she was a golfer. “I just wanted to be treated like a normal person,” she says with a laugh. But after pledging DG, the secret got out: “Every girl was like, “My dad totally knows who you are!”” I recently dined with Lee at a crowded table in the Delta Gamma house, and the topics of conversation were quintessential: spring-break plans, boys, movies, midterms. In June, Lee will skip the Meijer LPGA Classic to walk in UCLA’s graduation ceremonies, and in a quiet moment during dinner she said, “I’m going to miss this so much. I’m honestly scared for school to end because then it will be all golf all the time.”

A native of Valencia, Calif., Lee enjoyed a stellar junior career. She was aware that Michelle Wie had attended Stanford while playing on the LPGA Tour, but turning pro early was never the plan. That is, not until Lee was the 2013-14 NCAA national player of the year as a freshman and had a series of strong cameos on the LPGA that summer. She competed for the Bruins during the fall of her sophomore year, in 2014, then tried her hand at LPGA Q school. She tied for first to earn full playing privileges, then decided to take the plunge.

The balancing act has not been easy. At the 2015 Women’s British Open, she had to take her atmospheric-and-oceanic-sciences final in the middle of the night in a hotel lobby in Scotland because it was the only place with decent WiFi, and her professor had insisted that she be given the exam simultaneously with her classmates back in L.A.

“It’s impressive how she juggles it all,” says P.J. Lamberson, her Comm. 150 professor. “She’s a very dedicated student.”

Lee has enjoyed the support of the Bruin community, as she holds an unofficial emeritus position with the women’s golf team. She still practices with the squad and benefits from UCLA tutors and athletic trainers. “We love having her around,” says coach Carrie Forsyth. “She’s a great role model for our girls. One time we had an optional workout, and Alison was the only one who showed up—and, oh boy, did she send out some mean texts. And for her it’s the best of both worlds, because she still gets to feel the camaraderie of a team.”

Team-building is certainly not a problem for this live wire. On Mondays, the Babe Cave is the gathering spot for The Bachelor and glasses of red wine. Every Tuesday, Lee and her squad post up at Cabo Cantina. There’s usually a fraternity party to check out on Thursdays, and Friday and Saturday nights are reserved for bar crawls. But for all the hijinks (which she gleefully chronicles on Snapchat, much to the consternation of her management team), she remains deeply ambitious about her golf career. Lee’s goal for 2017 is to win her first LPGA tournament. Long-term? “I want to win majors, and I want to get to No. 1 in the world,” she says.

But first things first: Scrolling through her thick notebook calendar, in which she hand-writes her many commitments, Lee stopped to linger on one upcoming item: Raid with Lambda.

“Oh boy,” cooed this unique student-athlete. “That’s going to be fun. Probably too much fun.”