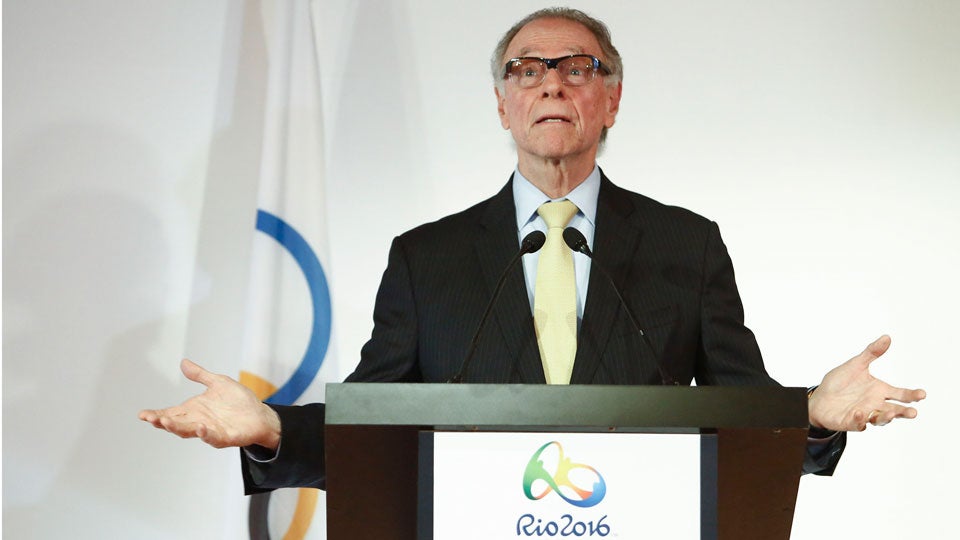 Carlos Nuzman, a former Olympic volleyball player, is currently serving as the head of the Organizing Committee for the Rio Games.
Getty Images

RIO DE JANEIRO – The head of the Rio de Janeiro Olympics says the world’s top four male golfers have withdrawn from the games because there is no money to be won – not because of the Zika virus.

“They tried to blame Zika, but the media have shown that they are not coming because there’s no prize money,” Rio organizing committee president Carlos Nuzman said Saturday, speaking with the games set to open in just under three weeks.

Jordan Spieth withdrew this week from the Olympics, citing Zika. He joined Jason Day, Dustin Johnson and Rory McIlroy in also saying Zika was the main reason for skipping the first Olympic golf tournament in 112 years.

Their absence could be a setback for golf’s future in the Olympics. IOC President Thomas Bach has said that golf’s future may rest on its ability to get top players to show up.

Golf is guaranteed a spot in the Tokyo Olympics in four years, but could be vulnerable after that.

“Zika is much worse in Florida than in Brazil, and golfers are playing in Florida,” Nuzman said.

Male golfers have also cited security worries, and some have complained that Olympic golf has been wedged into an already crowded tour schedule.

Rio Mayor Eduardo Paes warned in the wake of the attack Thursday in Nice, France, that fans in Rio could face more checks, more roadblocks and more delays.

Nuzman, speaking at a debate sponsored by a local magazine, seemed to be bracing for small crowds at some Olympic venues. Organizers says about 70 percent of tickets have been sold.

“I don’t think we need too much public,” he said, adding that smaller venues could save money.

“Television does an extraordinary job, with cameras everywhere,” he added. ”Nobody can walk a step without a camera filming it.”

Nuzman also said he expected Rio’s suspended drug-testing lab to be ready when the games open Aug. 5. He expected the World Anti-Doping Agency to give its approval in a few days.

The suspension has been an embarrassment for local organizers and a headache for the International Olympic Committee, which could be forced to send blood and urine samples abroad for testing if the lab remains closed.