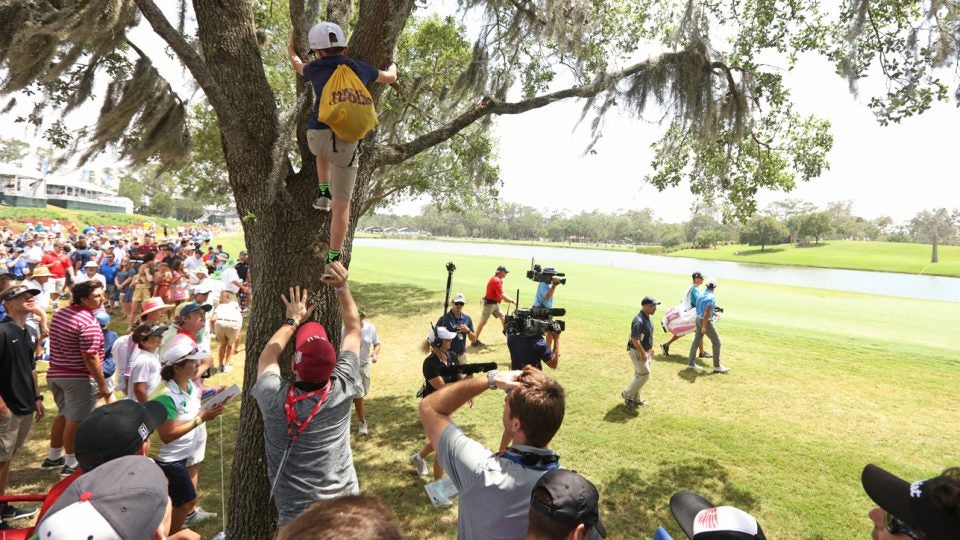 Nothing was stopping this young fan from scaling the tree to claim Fowler's errant tee ball.
Getty Images // Cy Cyr

Somehow, some way, Rickie Fowler’s tee shot on the 18th hole Saturday wound up getting stuck in a tree. The picture above only tells one side of the story.

Fowler had to take a penalty as he was unable to play his ball from up in the tree. That put a sour note on the end of a solid round as Fowler made a triple bogey 7 to shoot even par for the day. As upsetting as that was for him, his ball eventually made someone else’s day.

One young fan eventually scaled the tree and claimed Fowler’s ball from its lofted perch. As you can see in the photo below, he’s a pretty happy camper.