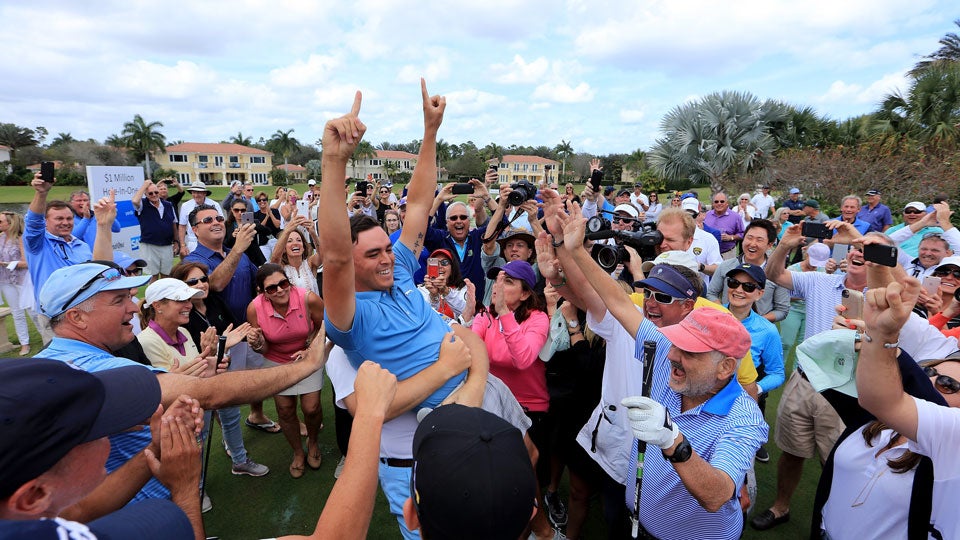 It has been days since Rickie Fowler’s $1 million ace occurred at Old Palm Golf Club, but the fund-raising isn’t over.

According to an ESPN report, Fowler’s ace has earned another $1 million for Els for Autism, this time in the form of a donation from South African billionaire Johann Rupert. Rupert is longtime friend and golf buddy of Ernie Els.

The annual event, which allows each pro a 110-yard shot at an ace for the $1 million charity prize, raised $820,000 before the extra $2 million via Fowler’s hole-in-one. The video of the ace (and reaction is below).