Rickie Fowler Shoots 80 in First Round of Masters 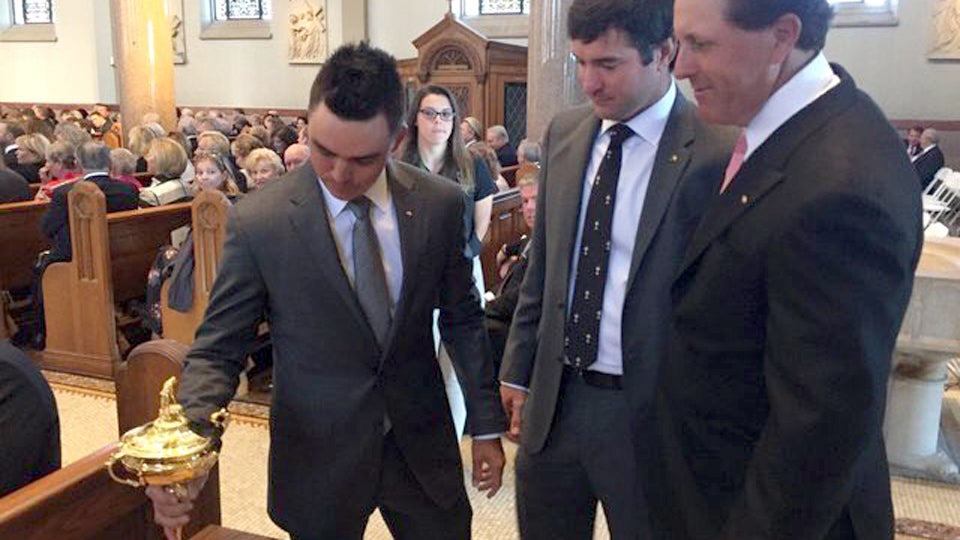 Rickie Fowler got in trouble on the first hole at Augusta National on Thursday and never recovered. He finished with an 8-over 80.
Robert Beck

AUGUSTA, Ga. — Rickie Fowler’s Masters could not have started worse, in more ways than one.

Fowler kicked off his first round by fading his first drive right and into the pine straw. He then kicked his second shot off a tree, leading to a double bogey. Seventeen holes later, he would card an 8-over 80, virtually eliminating his chances for a green jacket.

On the 18th tee, Fowler didn’t even give himself the opportunity to watch his final drive reach the ground. As the ball soared off line, he looked down at the ground, dejectedly grabbing his tee and moved on to finish a very regrettable round. He tees it up again with Zach Johnson and amateur Cheng Jin at 12:33 p.m. on Friday.