Rickie Fowler Is Putting Himself in Position to Win — He Just Needs Some Better Luck! 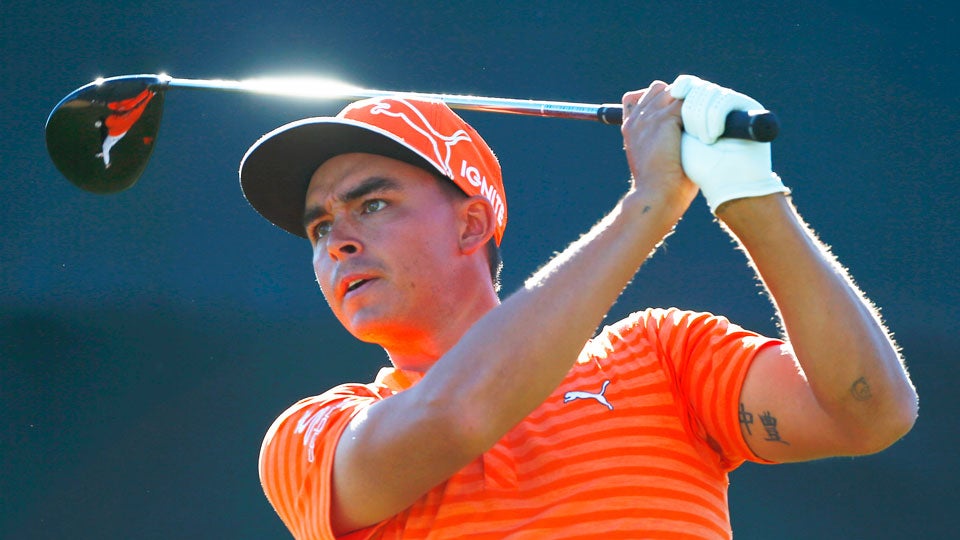 Rickie Fowler hit into the water on the 17th hole at the Phoenix Open not once, but twice on Sunday.
Scott Holleran/Getty Images

Of the hundreds of golfers who competed on the PGA Tour in the 2014-15 season, only 32 actually won an event. Of the golfers who played at least 10 events, only 15% (32 of 213) had at least one win – a group that did not include World top 10 members Henrik Stenson and Sergio Garcia or 11 of the top 20-ranked golfers in scoring average. Clearly winning on Tour is difficult, even for some of the best golfers on Tour.

Understanding that, winning is mostly about how many elite weeks a golfer is able to produce. Play at an elite level enough times and the wins will come. Last year, as Rickie Fowler was being criticized for not winning enough, I wrote that he was producing those elite events and placing himself in the position to win, but he was just getting beat by other great performances. Since then, he’s continued to generate those elite performances and the wins have started to come — without his overall level of play increasing by a significant amount. The average distribution for all players is in black with the player’s distribution in red and the bars showing their actual events. For Henrik Stenson and Patrick Reed their distributions essentially match that of a typical player. For their talent level, they produce about as many elite performances as poor performances, and there’s a recognizable bulge of average events in the middle that decreases as you move out to the extremes.

Other golfers are not as typical.

Below I’ve attached the graphs for David Lingmerth and Chesson Hadley — two players who have won events and have fairly wide distributions of results. In other words, they’ve produced more really good and really bad performances than the typical player — and fewer average performances. That’s why Lingmerth has a win and four other top 3 finishes in the last three years with scoring average ranks of 75th, 150th, and 97th. His inconsistent week-to-week performance has produced not only several chances to win over the past three seasons but also a ton of missed cuts.

Hadley enjoyed a rookie-year win at the Puerto Rico Open. His results since have been extremely erratic, with a flatter and wider distribution than almost everyone else on Tour. If you look at his graph, there are nearly as many bars around the elite +2.5 strokes and poor -2.5 strokes zone as there are in the middle zones nearer to average. This is not necessarily a bad characteristic to have, it’s just more likely to produce a roller-coaster type of career.

On the flip side, several players have shown tighter-than-average distributions while producing win-quality performances less often than expected based on their ability. Until Sunday’s Waste Management Phoenix Open win, Hideki Matsuyama hadn’t produced a performance worthy of a victory since winning the 2014 Memorial, despite being a top 10-20 golfer in the world in that time span. That’s not typical for most top players. Compare him to Dustin Johnson (a similar level scoring player from 2013-2016). Johnson has five performances of a level that would typically lead to a win since 2013 and has converted three of those into victories. It’s perhaps not a surprise that win No. 2 took a year and a half for Matsuyama; the talent was there, but he wasn’t generating those stand-out events.

Matt Kuchar is another example of a highly ranked player with few elite results. I rank Kuchar 9th best in the world by scoring average since 2013, but he’s won only two stroke-play PGA Tour events in that time. No other top-level player has struggled to separate themselves from the field like he has. Most of Kuchar’s results fall into a fatter section of mediocrity where he’s making the cut and racking up top 25s and even top 10s, but failing to produce the scores that often lead to wins. Kuchar’s six consecutive trips to East Lake show there’s value in that type of metronomic efficiency, but it just doesn’t lead to many victories.

Scoring average is still the best diagnostic tool for revealing who is most likely to win future events, but it’s also useful to look at a golfer’s distribution of results to identify just how often they’re producing the types of performances likely to lead to wins. That tells us that Rickie Fowler has been a near certain tournament winner since early last year. He wasn’t underperforming. He was just unlucky.