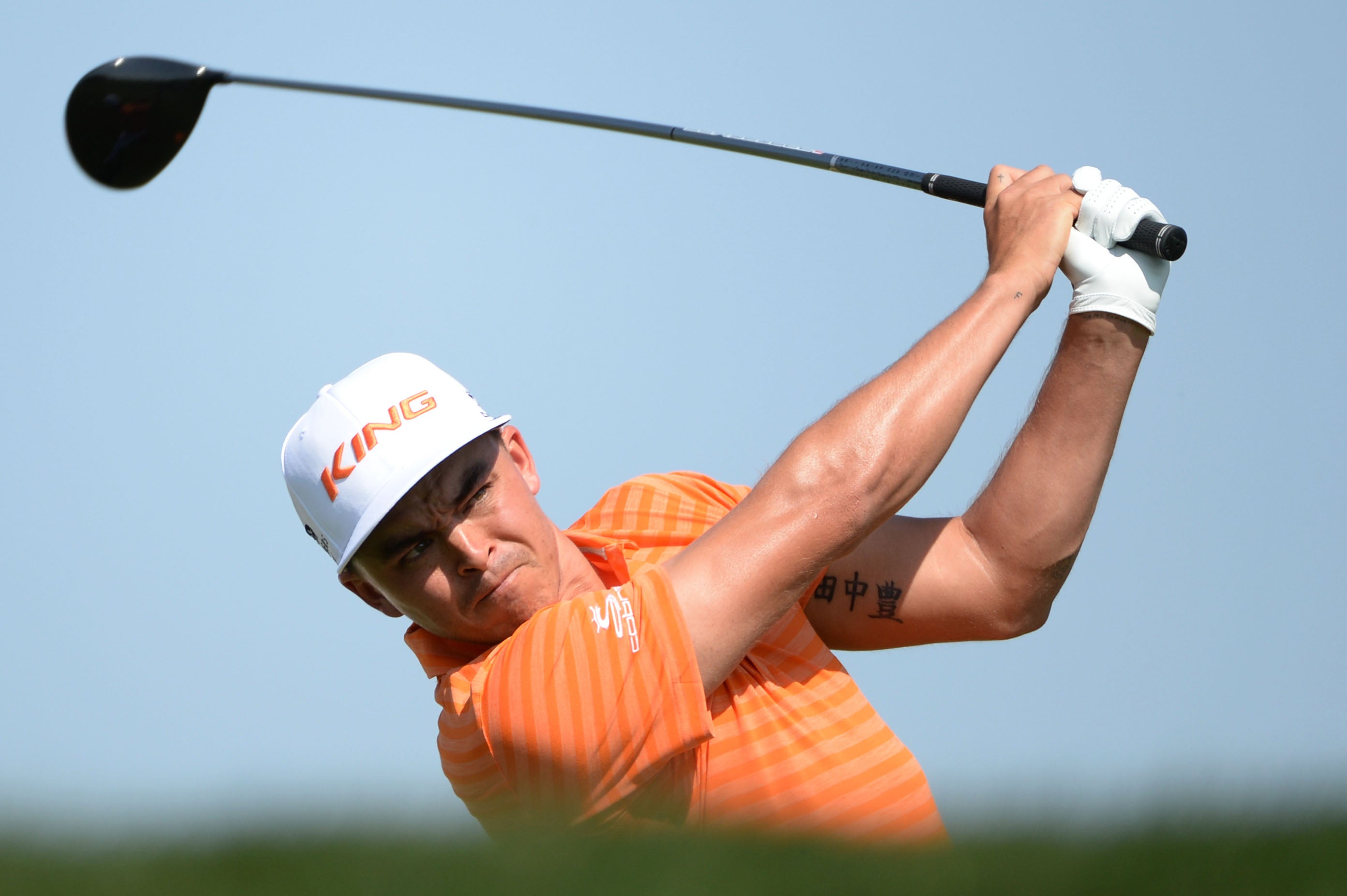 Rickie Fowler of the Unites States tees off at the third hole during the final round of the Abu Dhabi Golf Championship in Abu Dhabi, United Arab Emirates, Sunday, Jan. 24, 2016. (AP Photo/Martin
AP Photo/Martin Dokoupil

ABU DHABI, United Arab Emirates (AP) — Golf’s new “Big Three” has been around for only a few months, and already there’s talk of the exclusive group being expanded.

Rickie Fowler is back in the conversation after his fourth worldwide victory in the last nine months, over a stellar field at the Abu Dhabi HSBC Championship.

On Monday, the American found himself at a career-high No. 4 in the rankings, with only Jordan Spieth, Jason Day and Rory McIlroy above him. But to merit inclusion in the sport’s golfing elite, Fowler knows he needs to add a major to his increasingly impressive resume.

He gets his first chance at the Masters in April.

“I’d like to jump in and be a part of that crew,” said Fowler, sitting beside the huge Falcon Trophy awarded to the Abu Dhabi champion. “The goal right now with where my game’s at — it’s the best it’s been this early in the season in my career — I’m working on getting ready for Augusta.

“I’d like to have my shot at getting the green jacket there.”

Fowler had never previously won a tournament in the first four months of a year. He’s been a slow starter to seasons — he tied for 66th in Abu Dhabi in 2015, 17 shots behind unheralded French winner Gary Stal — making the Masters even tougher to win.

But this is a different Fowler, who acknowledges that his work on the range with celebrated coach Butch Harmon is starting to pay off.

His playoff win at The Players Championship last May started his winning run that has also taken in the Scottish Open and the Deutsche Bank, and made him believe more in himself.

“From The Players on, just being in the situation, contention, Sunday, final round, against the best players in the world and just believing and having the confidence that, hey, if I go hit the shots, I’m winning, no question,” Fowler said.

“It’s nice to have that added confidence now. Really having the belief and knowing that come Sunday when I’m in the mix, I know I can go get it done.”

That experience likely helped in Abu Dhabi when Alejandro Canizares and Thomas Pieters both came within one shot of Fowler’s final-round lead, which started at two strokes and had grown to four by No. 6. Fowler pulled off some clutch putts and two chip-ins — from a greenside bunker from 30 yards at No. 8 for eagle, and from just off the green at No. 17.

“Being able to do that, you get such an adrenaline rush and such a boost from it, and it’s so rewarding,” said Fowler, who won by one shot from Pieters. “I felt really comfortable in some of those situations.”

In 2014, Fowler finished in the top five in all four majors and his fifth place at the Masters was his best at Augusta.

He said Sunday that, with a rare early-season victory in the bag, all roads now lead to Augusta.

“It’s a great way to start,” Fowler said. “Nice to have the game where it’s at right now going into the season, instead of trying to work on things and trying to find stuff.

“Right now, I can go and fine-tune and really build ultimately for Augusta. … The ultimate goal this year is to go win a major and this is a step in the right direction.”