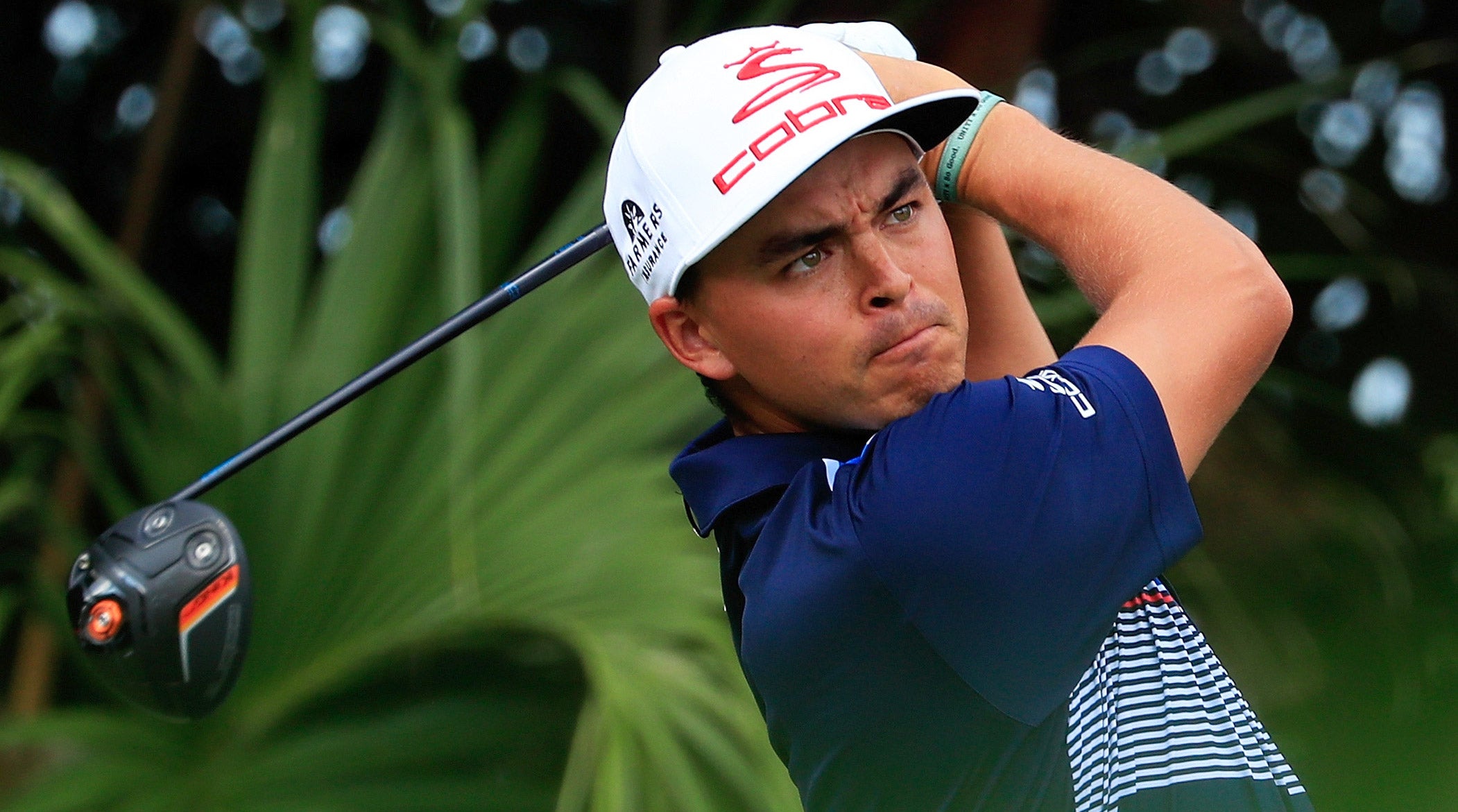 Rickie Fowler during the third round of the 2017 Honda Classic.
Getty Images

PALM BEACH GARDENS, Fla. (AP) — Winless in more than a year, Rickie Fowler finished strong Saturday for a 5-under 65 and built a four-shot lead going into the final round of the Honda Classic.

Fowler made two birdies over the last three holes at relatively benign PGA National as everyone else around him was making mistakes.

Fowler holed a 10-foot birdie putt on the 16th, got a potential break with a ruling behind the 17th green that allowed him to use a putter instead of a wedge, and then closed with a drive so bold and big that he had only a 7-iron into the par-5 18th that set up a two-putt birdie.

Fowler was four shots ahead of Tyrrell Hatton of England, playing his first PGA Tour event in Florida.

Hatton ran off three straight birdies to get within one of the lead until he went long on the 17th and made bogey, then left a wedge short of the 18th green and had to scramble for par and a 66.

Two-time major champion Martin Kaymer was in position to join him until he took bogey from the middle of the fairway on the 18th and wound up with a 68. That left him in a large group at 7-under 203 that included Emiliano Grillo, who finished his 65 just as the leaders were starting the third round.

Fowler hasn’t won since Abu Dhabi a year ago in January. His last PGA Tour victory was in September 2015 at the Deutsche Bank Championship. Protecting large leads is never easy, especially around a course like this. The forecast was for strong wind on Sunday, which could make it even tougher for everyone.