Rickie Fowler aces 17th at Sawgrass during practice round 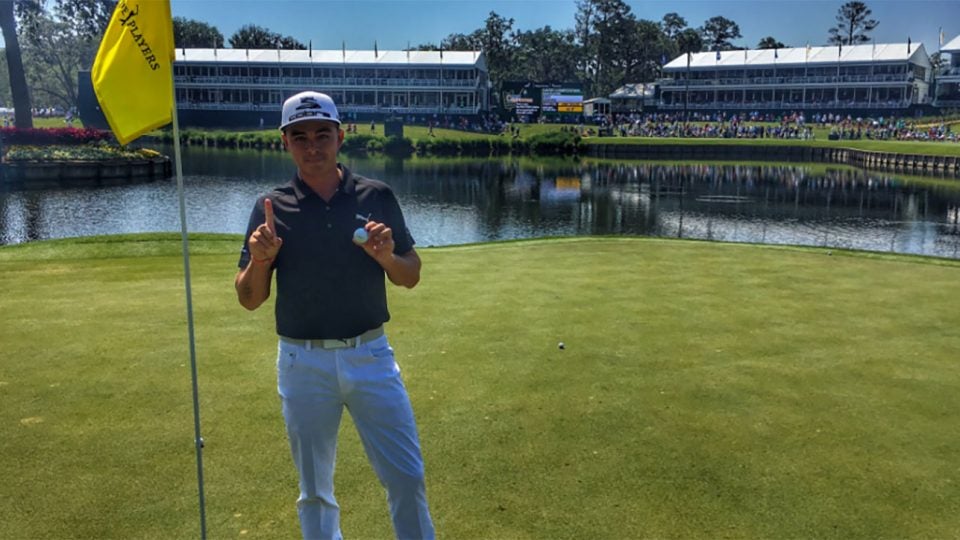 Rickie Fowler aced the par-3 17th at TPC Sawgrass during a practice round Wednesday.
Twitter/@JustinThomas34

The 17th hole at TPC Sawgrass has been kind to Rickie Fowler lately, and the dividends kept coming.

The 2015 Players champion aced the par-3 17th during his practice round Wednesday, much to the delight of fans following along.

It probably didn’t top the adrenaline he felt sinking the winning putt on 17 two years ago during a sudden-death playoff with Kevin Kisner, or the excitement he generated hitting blind-folded trick shots during media day last year…but an ace on Wednesday of tournament week is still a thing to behold.