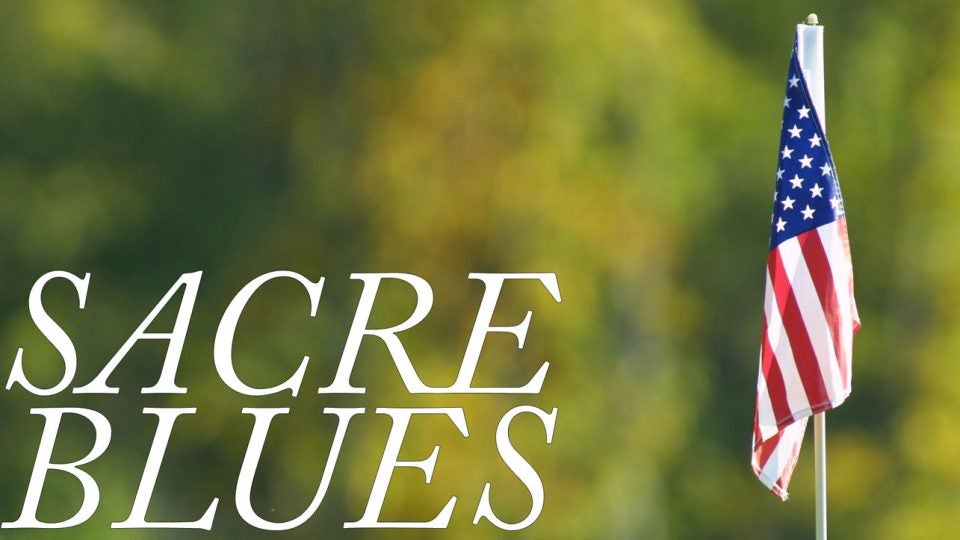 This story initially appeared in the Oct. 1, 2001 issue of Sports Illustrated. For a look at the original coverage in the magazine, check out the SI Vault here.

The problems of a few professional golfers don’t amount to a hill of beans in this crazy world, but no one in Europe escaped the fear and confusion last week as war clouds gathered. In Paris, where the leaves were beginning to turn crimson and gold, players at the 32nd Tropheé Lancôme struggled with their emotions. The postponement of the Ryder Cup, scheduled to be played this week in Sutton Coldfield, England, had shaken their confidence and left them wondering if tournament golf, as they knew it, can continue. No loudspeakers on trucks were announcing the imminent arrival of an occupying army, but a notice on the doors of the empty party tent at Saint-Nom-La-Bretéche Golf Club conveyed the impact of the terror attacks on the U.S. Due to les événements dramatics, the note explained, all manifestations of a festive nature were annulées. Canceled.

To the players of the European tour, who lie in a world in which the Scandinavian Masters follows the Dutch Open as surely as the 7th hole follows the 6th, the game suddenly seemed puerile, their efforts insignificant. “There’s a lot less laughter,” said Colin Montgomerie. “We are all quite glad, and it will take a number of weeks, months, years to get back to where we were.” During the first round last Thursday, when a blast from an air horn signaled players to stop for a minute of silent, the golfers bowed their heads and stood motionless while it rained. Sergio Garcia, who would win the tournament, said, “It was as if the sky was crying.”

The funereal mood was not confined to France. At the Belfry in Sutton Coldfield, where organizers had been putting the finishing touches on the Ryder Cup site, work crews dismantled grandstands and hauled off acres of white cloth from the tented village. Forty thousand Ryder Cup-logoed Glenmuir polo shirts sat in boxes on the floor of the monster merchandise tent, destined for storage. Behind the sprawling brick Belfry Hotel, where the flags of seven nations flew at half-mast, a gardener snipped at a hedge with clippers, getting it just so. The unspoken message: There will always be an England.

Symbols had to do for expression, because officials of the European tour, the British PGA and the Belfry refused to discuss the impact of the postponement—the first disruption of the Ryder Cup since war wiped out the matches from 1939 until ’47. One publication put the financial losses at $29 million, but that was speculation. “The Birmingham economy has been hit very hard,” said a spokesman for De Vere Hotels, owner of The Belfry. “The were expecting thousands and thousands of people.”

The emotional fallout was easier to gauge. Whereas in the months leading up to the Ryder Cup the match as characterized as a confrontation between bitter transatlantic rivals, tragedy produced an Anglo-American unity not seen since U.S. servicemen billeted with British civilians during World War II. “Everybody here has been overwhelming in their sympathy and support,” said Jeff Erickson, a young American working in the golf shop at the Belfry. “People who hear my accent come over and say how sorry they are.”

Only the chattering class, as some Brits call the media, defied the spirit of unity. There was criticism of Tiger Woods, whose withdrawal from the Trophée Lancôme and reluctance to travel to Europe were blamed for forcing the PGA of America to ask for a postponement. There was criticism of European captain Sam Torrance, who had said, “I don’t think canceling or postponing is giving in to terrorism. Golf is nothing, nothing.” There was criticism of U.S. stars Mark Calcavecchia and Phil Mickelson, who’s manager, Steve Loy, had said, “A golf course would be an easy place to commit mass murder.” Wrote a columnist in The Mirror, a British tabloid: “Someone needs to explain to these people they live in the real world. Someone needs to explain that we are all at risk, not just a few cosseted individuals who can’t see anything beyond the end of their egos.”

Fortunately, the finger-pointing lasted only as long as it took to count heads in Paris, where the players were every bit as concerned as their American counterparts—none of whom played in the Trophée Lancôme—for their personal safety. “I know a lot of guys are deciding to go home,” said Adam Scott, whose mates from Australia and New Zealand were cutting short their European seasons. “I’m happy to go on, but only if things don’t take a turn for the worse.”

Jean Van de Velde, the suave Frenchman who blew a three-stroke lead on the last hole of the ’99 British Open, speculated that a wartime European tour might consist solely of tournaments to which players could drive in their cars. “If we go to war, if something happens, what kind of security will we have?” Van de Velde said. “It’s going to be hard.”

European tour executive director Ken Schofield and his staff, had they been willing to break their public silence, might have accused Van de Velde of understatement. The first four months of the Euro tour, 14 tournaments in all, are played outside in Europe. It features a four-event swing through Australia and Malaysia, three weeks in South America, two weeks in South Africa and two stops in Arab countries and ends with a week in Rabat, Morocco. It’s no trick at all to imagine the quick cancellation of the Dubai Desert Classic, the Qatar Masters and the Moroccan Open. Then, if the best players refuse to leave their homes in Europe, sponsors of overseas tournaments could claim breach of contract and withdraw their financial support. That would force tour officials to huddle over their map of Europe, changing dates and drawing new itineraries: Lisbon to Madrid, Madrid to Jerez, Jerez to Stockholm.

That was the sort of feverish thinking that prevailed as the players gathered in Paris. The tournament’s co-owners, Lancôme, a perfume and toiletries company, and International Management Group, were in angry disagreement. Lancôme wanted to call off the tournament. IMG insisted that it be played, pointing out 90,000 tickets—three times normal—had been sold in anticipation of Woods’s appearance and that many of the spectators had traveled across Europe and were already in Paris. “For 31 years the Lancôme Trophy has been a big party,” a statement from Lancôme said after a compromise was reached to hold the tournament but cancel the fete. “The tents and pavilions will not be used by Lancôme.” The giant party pavilion behind the 18th green remained dark all week, and a banner on Lancôme’s private grandstand testified to a larger emptiness felt by all: LE 11 SEPTEMBRE 2001—SOLIDARTÉ.

Golfers and spectators alike were conflicted, and it didn’t help that heavy rains at midweek cast a palpable gloom over Saint-Nom-La-Bretéch, a picturesque complex a few miles west of the town of Versailles, where the armistice ending World War I was signed. It is right that we are playing, and it is good that we are playing,” said Montgomerie, one of four European Ryder Cuppers in the field (along with Garcia, Niclas Fasth and Phillip Price.) Montgomerie opened with a 75 and didn’t survive the 36-hole cut, but his opinion held up. Saturday brought blue skies and the kind of gauzy autumn air that makes the French countryside irresistible.

Thousands of spectators, many of them blissfully unfamiliar with tournament etiquette, treated the course as a bois, wandering across fairways with children, walking onto greens to pat the grass and shaking apple trees to catch the sweet, reddening fruit. “We had a dog running around on the 9th tee, and there were enough telephones and crying babies to muck up a few shots,” said U.S. Open champion Retief Goosen, the third-round leader, “but it was good. Everybody seems to be a bit happier now.”

For a few hours, then, the distant horrors were put aside and future troubles willfully ignored. On Sunday, Garcia and Goosen ran away from the field an staged what was, in essence, a brilliant singles match. Goosen made five straight birdies and led by four shots with four holes to play. Garcia, undaunted, birdied holes 15 through 17 and won the championship when Goosen bogeyed 17 and 18. The win, worth $218,000, was Garcia’s third of the year.

“It meant a lot after what happened in America,” said Garcia, at 21 too young and full of life to grasp that it meant nothing at all after what had happened in America. An observer could only stand in Garcia’s jubilant orbit and share his dim understanding that whatever comes next, however dark and uncertain the future, he will always have Paris. 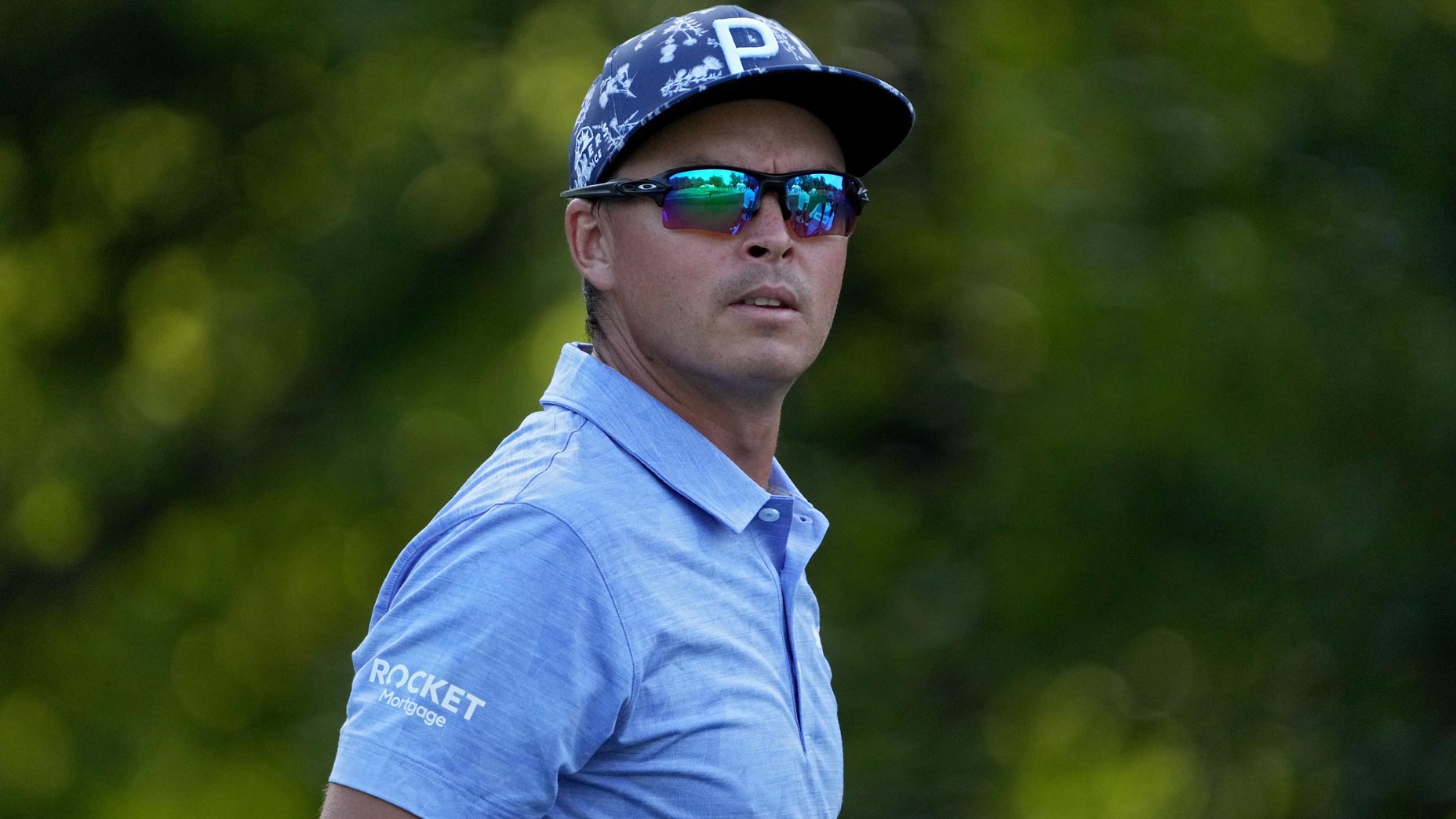 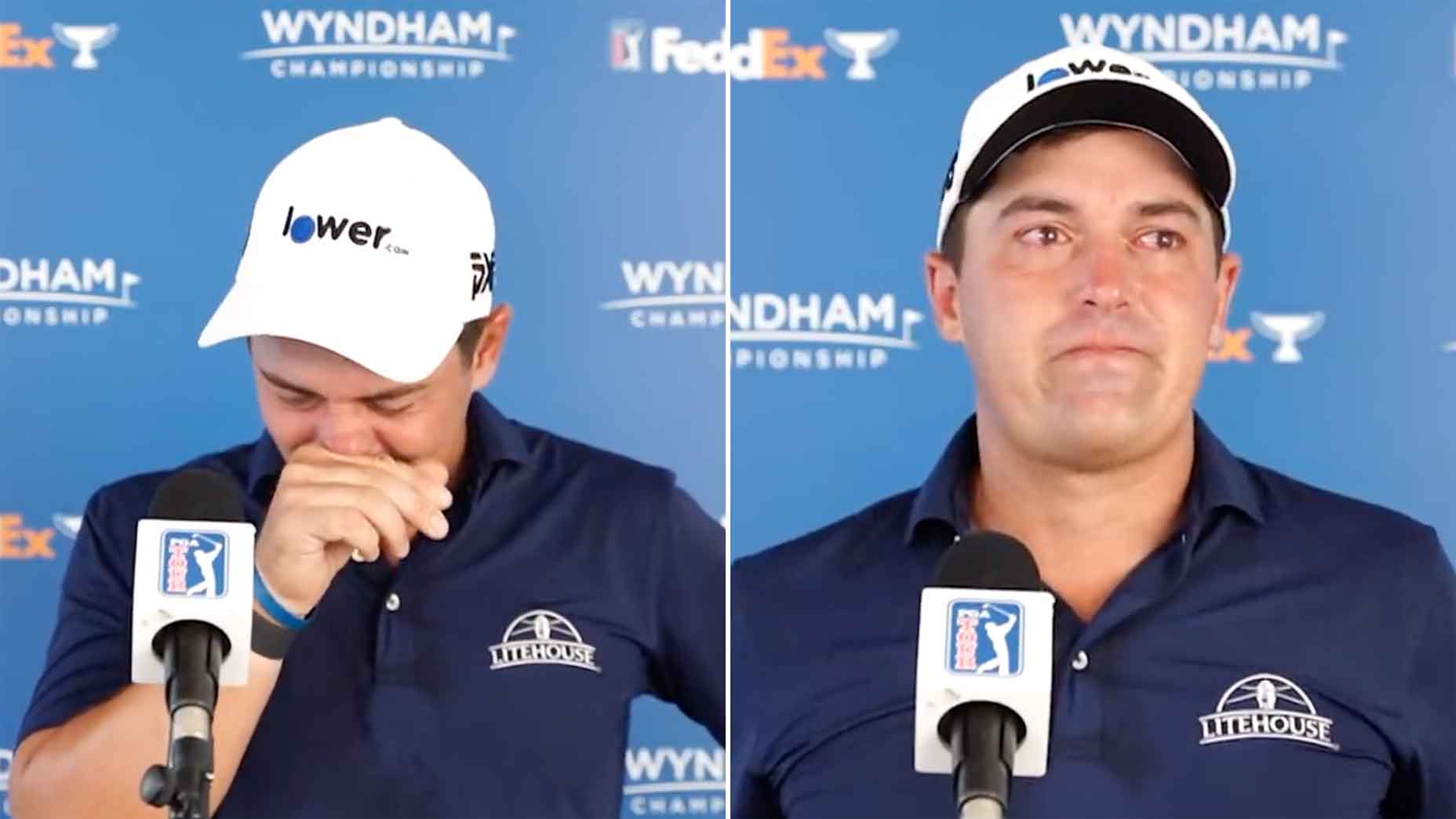