Report: Tiger Woods told police he was on Xanax at time of arrest 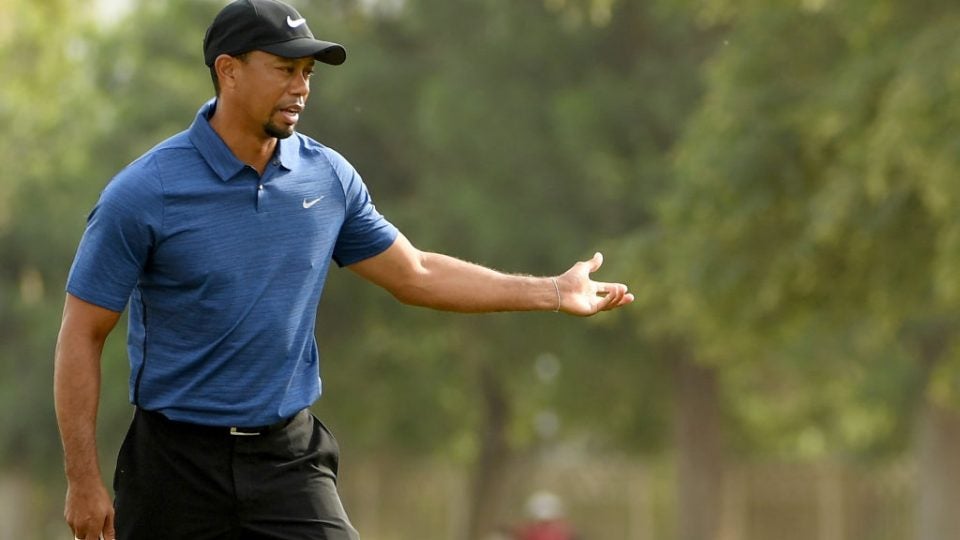 DUBAI, UNITED ARAB EMIRATES - FEBRUARY 02: Tiger Woods of the USA reacts to his putt on 15th hole during the first round of the Omega Dubai Desert Classic at Emirates Golf Club on February 2, 2017 in Dubai, United Arab Emirates. (Photo by Ross Kinnaird/Getty Images)

Tiger Woods repeatedly told officers that he was taking Xanax on the night of his arrest, according to an unredacted version of the police report for his DUI arrest obtained by Golf Channel.

Woods was found asleep at the wheel of his Mercedes on May 29 and arrested for driving under the influence. He denied drinking alcohol and passed two breathalyzer tests, but failed a sobriety test. He also said he was not taking illegal drugs, but when asked if he was taking medication, he said Xanax.

The police report also lists Vicodin, Solarex, Vioxx, and Turox as drugs that he had been prescribed. In a statement, Woods blamed the incident on unintended side effects from a combination of prescription medications. “I want the public to know that alcohol was not involved,” he wrote. “What happened was an unexpected reaction to prescribed medications. I didn’t realize the mix of medications had affected me so strongly.” Woods’s toxicology report has not yet been released.

Xanax is usually prescribed to treat anxiety and depression. The American Addiction Centers warns against mixing benzodiazepines like Xanax with opiates like Vicodin, because of the high risk of addiction, overdose and impairment. Benzodiazepines “enhance the high from opioid painkillers,” and the two types of drugs combined can increase sedation and depress breathing.