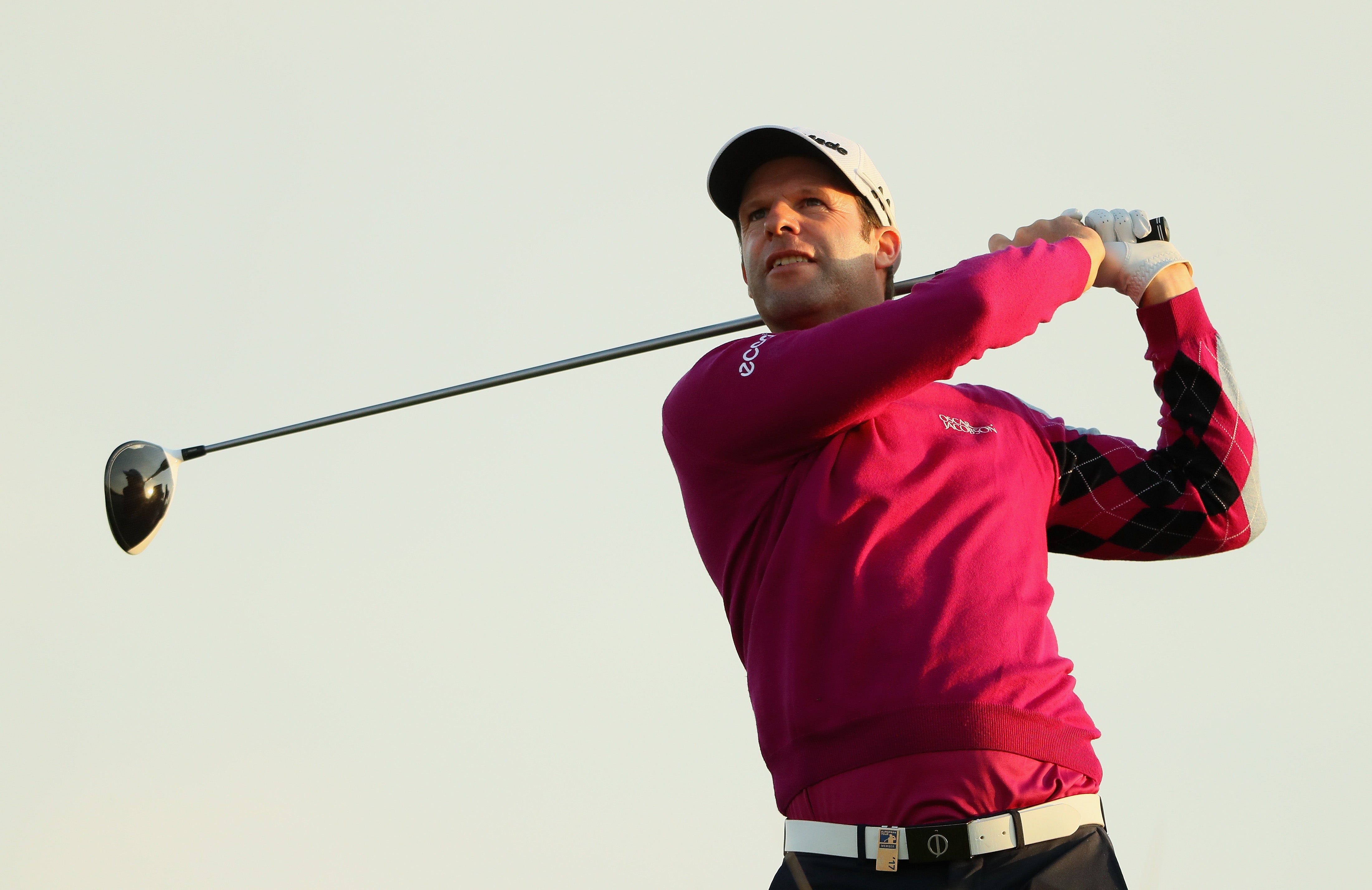 Bradley Dredge of Wales is a two-time winner on the European Tour.
Getty Images

DOHA, Qatar (AP) — Welsh golfer Bradley Dredge still led the Qatar Masters after the renowned gusts returned for the second round on Friday, but he had company.

Eight others caught him to create a nine-way tie for the lead, a European Tour record.

The last time nine players were tied on top was after the first round of the 1997 Wales Open, but this was the first time in Tour history so many led after 36 holes.

Dredge was the only one of the nine not to finish under par. His par-72 gave him an 8-under total of 136.

Morning players including Spain’s Jorge Campilo (67), South African Thomas Aiken (68) and England’s Ryder Cup star Andy Sullivan (68) were all bogey-free for their rounds. Finland’s Mikko Kornohen, who shot a 65 in the opening round, also joined the leaders with a 71 that included a double bogey on the ninth hole. Another Spaniard, Nacho Alvira (69), completed the group.

Another seven players were one shot behind, and 10 players, including world No. 10 Alex Noren of Sweden (70), the highest ranked player in the field, and Ernie Els (70) were two shots back.

The day’s best round was a 6-under 66 by England’s Jordan Smith, who graduated after winning the European Challenge Tour Order of Merit last year, and American David Lipsky.

Among those who missed the cut at 2-under 142 was Tommy Fleetwood of England, who won in Abu Dhabi last week but finished at 2 over this week. Two-time major champion Martin Kaymer of Germany squeezed through for the weekend exactly on the cutline.