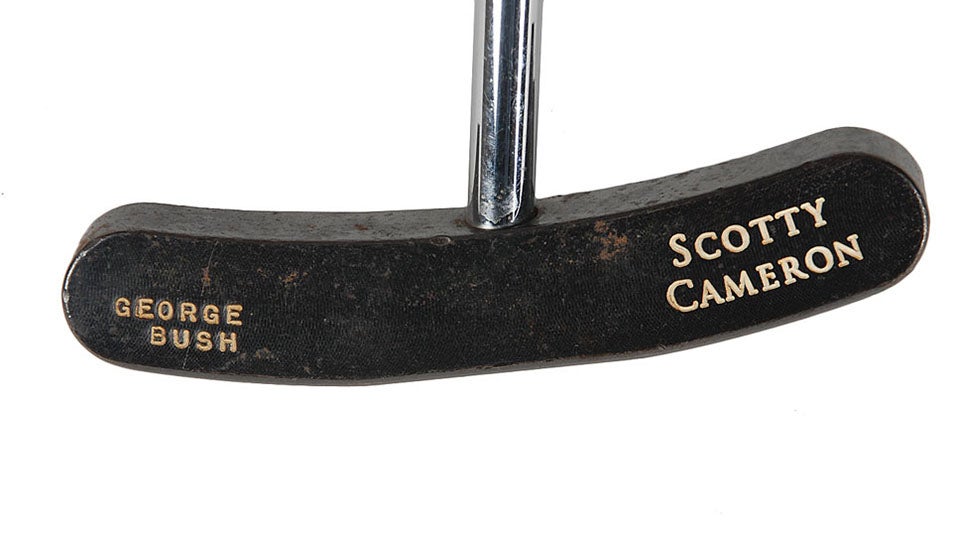 This Election Day you can cast a different kind of ballot: for some rare presidential golf memorabilia.

RR Auction in Amherst, N.H., is putting several pieces once owned by presidents John F. Kennedy and George H.W. Bush under the hammer, including Bush’s custom Scotty Cameron putter and one of JFK’s golf balls.

MORE: Golfers in Chief — The Best and Worst Presidential Golfers

Both Bush and Kennedy were avid golfers; Bush was inducted into the World Golf Hall of Fame with a Lifetime Achievement nod in 2011, and Kennedy often practiced on the White House lawn.

“Those are probably the most valuable golf-related items that we get, are the ones related to JFK,” RR Auction vice president Robert Livingstone told CNN. “Some of them are actually scooped up by White House workers that would keep them as souvenirs because he would leave them on the lawn.”

Not included in the auction are pieces belonging to outgoing president Barack Obama, who will likely want all of his tools handy as he coasts into retirement. The auction started Oct. 29 and concludes Nov. 9.