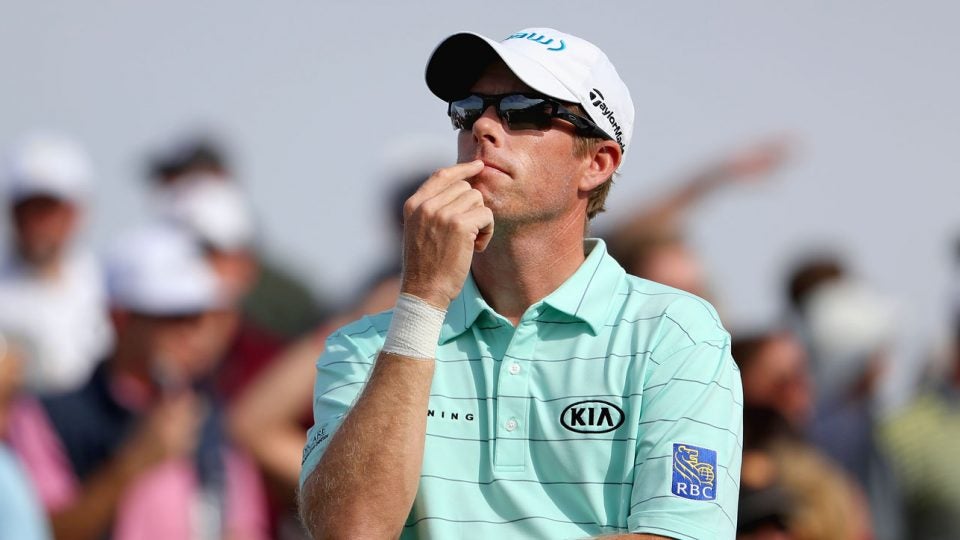 David Hearn prepares to tee off on the 11th hole during the second round of the Phoenix Open.

PGA Tour pro David Hearn really wants to play this year’s Zurich Classic of New Orleans, and he has a history of strong play at the event. But there’s one problem: Hearn didn’t qualify and has not been invited to enter the field.

So what does a player do when he’s not in an event but is itching to play? In Hearn’s case the answer was to make a public plea to his fellow competitors on Twitter.

Hearn posted a message on Twitter Monday addressed to his “PGA Tour friends.” The tweet read, in part, “I am hoping to find a partner for the Zurich Classic. I do need to be invited this season because of my 2017 fedex cup standing… Pls let me know if anyone is interested!!”

Hello PGA Tour friends. I am hoping to find a partner for the Zurich Classic. I do need to be invited this season because of my 2017 fedex cup standing. Anyway, my record for the past 5 seasons in New Orleans is T22, T20, T6, T34 and T21. Pls let me know if anyone is interested!!

The Zurich Classic switched formats in 2017 to become a team event, featuring 80 two-player teams that face off for the title. While Hearn acknowledged in his tweet that he hasn’t been invited to play by tournament officials, an eligible player could enter the field and choose Hearn as his teammate. Hearn teamed up with fellow Canadian pro Graham DeLaet last year.

Time will tell if Hearn’s desperate petition works out, or if he’ll be forced to watch the festivities from home. But considering that Jonas Blixt and Cameron Smith took home $1.02 million each last year for winning the event, it’s well worth the effort.