A year removed from a court ban keeping her from the course, a promising preteen golfer from northern Virginia is back — and winning more than ever.

Her return to golf is the latest chapter in the eight-year custody battle between her parents, Michael Vechery and Florence Cottet-Moine. Judge Jeanette Irby of the Circuit Court of Loudoun County, Va., ruled in 2016 that the couple’s then-10-year-old child “shall not be permitted to play competitive golf for one year,” defining competitive golf “as no tournament and no lessons with any golf pro with the exception of the father. The father and [child] may play no more than one round of golf per week for five hours with putting and practice whichever is greater.” 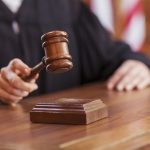 When the ban ran out on May 2, 2017, the child returned almost immediately to the top of local leaderboards. On May 13th, she won a US Kids Golf-event at Poolesville Golf Club in Montgomery County, Maryland, and went on to finish first in six of the next seven state and local youth tournaments she entered.

According to the New York Times, judges have the ability to restrict everything from piano lessons to sports practices as part of a custody deal, depending on which parent spends the time partaking in said activities with the child. Vechery was his daughter’s first coach and bought her first set of clubs.

There is no arguing her ability: according to reports from Deadspin, Vechery took the kid to the Greenbrier, the West Virginia resort and golf haven, for a lesson with Lee Trevino, who serves as golf pro emeritus there. “The swing’s perfect. I wouldn’t touch that swing with a 10-foot pole,” said Trevino after the lesson. “For an 11 year old, she’s got as good a swing as I’ve seen.”

But squaring her athletics with her parents’ contentious relationship is proving more complex. According to documents from the Virginia Court of Appeals, the original ruling “also held that father was not allowed to attend the child’s gymnastics practices and that he had to remain on the sideline of the opposing team when he attended the child’s other sporting events.”

In addition, the circuit court determined that the “father seems to have a one-track focus that golf is it.”

The circuit court held that competitive golf affected the child’s welfare. The judge explained, “It is too much stress and I just think maybe if we take that out of the equation, perhaps things will calm down a bit.”