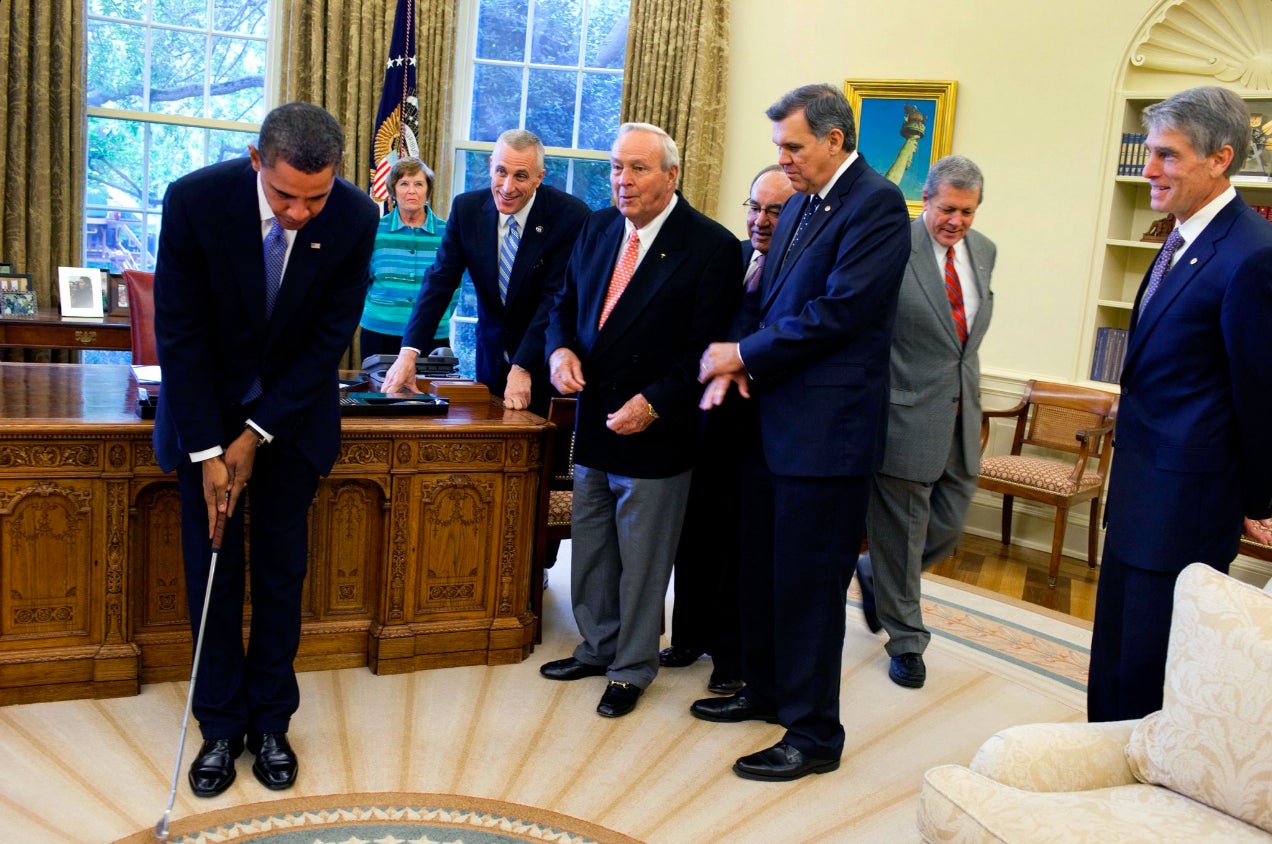 Arnold Palmer on a visit to the White House with President Obama.
Via Twitter

President Obama released a statement on the passing of Arnold Palmer on Monday, in which he praised Palmer’s “homemade swing and homespun charm.” Palmer’s journey from Latrobe to “superstardom as the face of golf around the globe” made his story one that defined the American dream: “Arnold was the American Dream come to life.”

“We liked that he won seven majors, but we loved that he went for it when he probably should have laid up,” the message continues. “That spirit extended beyond the links where he gave freely of himself and poured everything he had into everything he did: from building hospitals to personally responding to countless letters from his fans. And he did it all with a grin that hinted maybe he had one more shot up his sleeve. Today, Michelle and I stand with Arnie’s Army in saluting the King.”

Here’s to The King who was as extraordinary on the links as he was generous to others. Thanks for the memories, Arnold. pic.twitter.com/UlyfpIBOL2